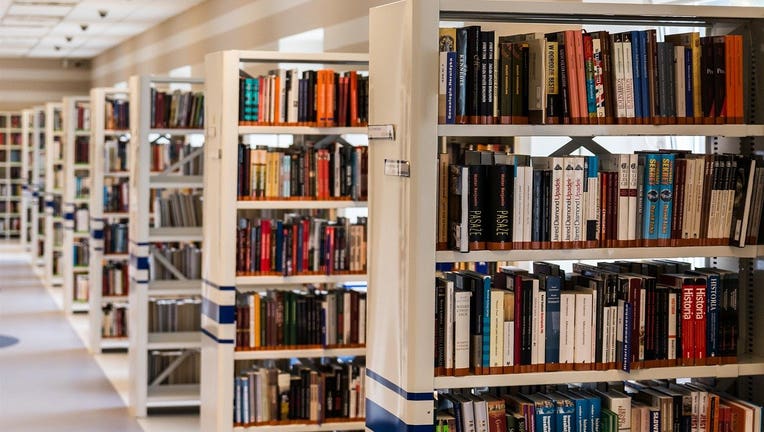 (Image by Michal Jarmoluk from Pixabay)

DETROIT (FOX 2) - Initial 2022 data from the American Library Association (ALA) shows that the number of attempts to ban books is on pace to pass last year's number.

Books are often challenged to be banned from schools and universities, as well as public libraries, over content deemed controversial. Books are frequently challenged and banned because they are believed to be unsuitable for an age group, are sexually explicit, have LGBTQ+ content, have profanity, or contain religious views, though this list is just a sliver of reasons people try to get books banned.

Many challenges target multiple books, not a single title.

According to the ALA, between Jan. 1 and Aug. 31 of this year, there have been 681 attempts to ban or restrict books, targeting 1,651 titles.

Here were the most frequently challenged books in 2021, according to the ALA:

Reasons: LGBTQ+ content, profanity, and because it was considered to be sexually explicit

4. Out of Darkness by Ashley Hope Perez – Banned, challenged, and restricted

Reasons: Depictions of abuses, considered to be sexually explicit

5. The Hate U Give by Angie Thomas – Banned and challenged

Reasons: Profanity, violence, thought to promote an anti-police message and indoctrination of a social agenda

6. The Absolutely True Diary of a Part-Time Indian by Sherman Alexie – Banned and challenged

Reasons: Profanity, sexual references, and use of a derogatory term

7. Me and Earl and the Dying Girl by Jesse Andrews –  Banned and challenged

8. The Bluest Eye by Toni Morrison – Banned and challenged

9. This Book is Gay by Juno Dawson – Banned, challenged, relocated, and restricted

10. Beyond Magenta by Susan Kuklin – Banned and challenged