12-year-old boy injured after being shot in Detroit

Police say the 12-year-old boy was accidentally shot by his older brother.

DETROIT (FOX 2) - A 12-year-old boy was injured after being shot by his brother on Detroit's east side.

The incident happened Sunday afternoon at around 2:20 p.m. in the area of Alcoy and Fairmount Dr.

Police say two brothers, ages 12 and 14, were pushing an inoperable go-kart when a dog came out of the woods and approached them.

"The story they’re giving us, a dog came out of the woods, 14-year-old went to retrieve an Uzi style weapon under the seat of the go-cart and shot his brother in the ankle," Detroit Police Assistant Chief Charles Fitzgerald said.

Investigators recovered the weapon behind a nearby garage.

"The child is in stable condition. He was shot in the ankle, a pretty tough little kid; he was wandering around like nothing was happening. He was taken to St. John’s. hopefully, he’s going to be just fine," Fitzgerald said

Police say the parents are cooperating with the investigation. At this time, police do not know where the child got the gun from.

"How a 14-year-old can push a go car down the street with weapon an Uzi style, this isn’t a handgun; it’s an Uzi style with an extended magazine, terrifying," Fitzgerald. 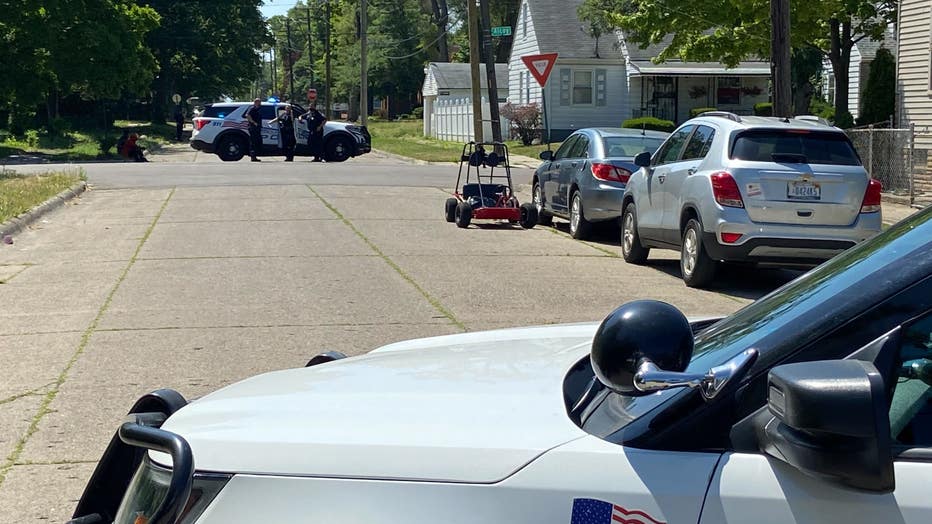 A 12-year-old boy was injured in a shooting on Detroit's east side.