He suffered cuts, bruises and a lot of trauma after a teacher is said to have started rough housing with Ja’mes after she saw him sliding a waterbottle across some lockers.

DETROIT (FOX 2) - A special needs student was abused by a teacher at his school after he dragged his water bottle across lockers in the hallway. He came home with scratches and scrapes and now that teacher is facing discipline while the principal is apologizing.

Walker cannot help but tear up when she thinks about what a teacher did to her 11-year-old son Ja’mes Turner.

He’s a special student needs student at Carsten Elementary and Middle School on Detroit’s east side. He suffered cuts, bruises and a lot of trauma after a teacher is said to have started rough housing with Ja’mes after she saw him sliding a waterbottle across some lockers.

"She just grabbed him, so he ended up coming home, his neck was red, he had a scratch here, a scratch here and here," Walker said. "He was trying to break away and they both fell on the floor, and he hit his head."

It all happened Wednesday at the end of the school day.

"The bus driver said ‘What’s wrong, what do you want?’ she said, ‘I’m just making sure Ja’mes is straight.’ And went to the back and was on top of him again," Walker said. "(She had her) arm like, you know how police will hold you like this?"

"She was choking him, I could see him going lower into the chair crying and I couldn’t do anything, I could only ask her to stop," said Ja'mes' sister McKenzie Walker.

"As a dad and as an educator also, I hear so many stories that go on at home with our students," said his father, Samuel Turner. "For it to turn around and be one of the teachers actually putting their hands on a child, it’s mindblowing. It shouldn't have happened."

Walker says the principal called her a few hours after the incident, essentially apologizing for what happened.

FOX 2 has covered a number of incidents in which teachers have assaulted students. In one case a woman from Macomb County was sentenced to probation for verbally and physically abusing students with autism.

As for Jam’es and his family, they want to pursue criminal charges against the teacher in question.

FOX 2 reached out to the Detroit Public Schools Community District for comment. A spokesperson provided this statement:

"A student at Carstens Elementary School reported a teacher on June 22 for aggressive behavior and rough play. The principal notified the parent following the incident. The student was conveyed to the hospital for non-life-threatening injuries.

"An investigation is in progress, the teacher has been placed on administrative leave pending the outcome of the investigation." 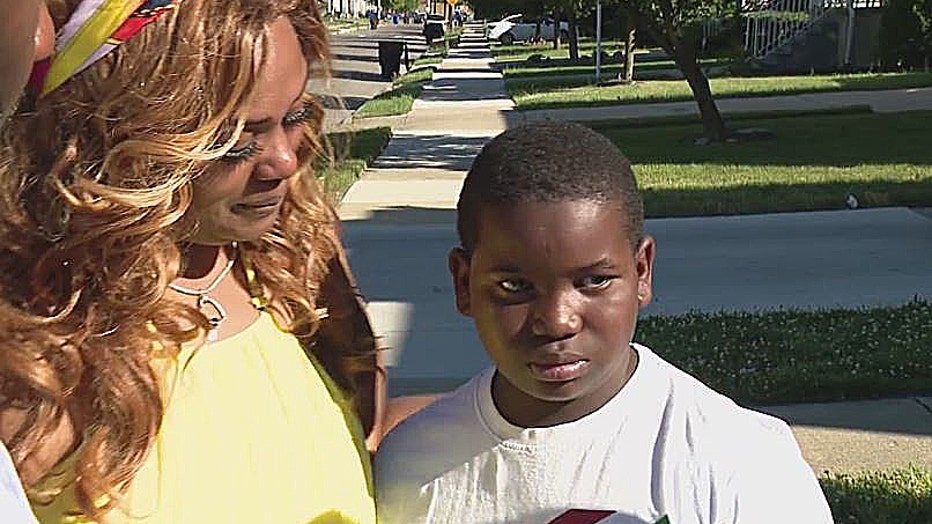