A 19-year-old from Detroit has been charged with the random shooting of four people that killed three on Sunday and terrorized a northwest neighborhood.

DETROIT (FOX 2) - The Wayne County Prosecutor has filed multiple felony charges against a 19-year-old man from Detroit for the random shooting of four people that killed three.

According to police, Smith killed three people in the shooting spree that started around 4:30 a.m. on Sunday. Three people were ultimately killed and a fourth was injured after being shot in the area of Wyoming, near Seven Mile in the early hours on Aug. 28.

Police Chief James White said on Monday that the suspect may have been dealing with a mental illness.

Charges were filed on Wednesday against Smith and was arraigned later in the day on Wednesday.

Assistant Prosecuting Attorney Carin Goldfarb spoke for the county, saying that all three victims were strangers to the suspect and the shooting was completely random.

"There are three murders and one assault. In total, four persons were either killed or seriously injured," Goldfarb said.

Worthy said the shootings on Sunday were like a movie come to life for the people of northwest Detroit.

"It is not an overstatement to say that on Sunday morning, August 28, like a scene out of a movie this alleged defendant reigned real terror on the citizens northwest Detroit. Normal, everyday life was brought to a standstill as he moved east to his next victim. Thanks to a continuous collaboration of law enforcement agencies these deaths and injuries will be aggressively prosecuted by this office, " said Worthy. 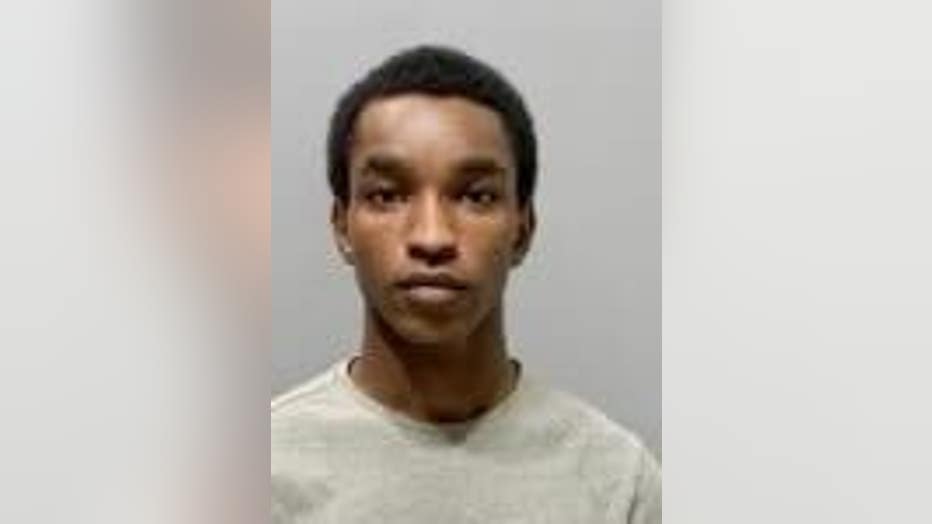 Dontae Ramon Smith, 19, is charged with the random murders of two women and a man in a shooting spree on Sunday.

Smith was ordered held on a $1 million bond, despite his attorney arguing that his rights had been violated.

He's due back for a probable cause on Sept. 14 and a preliminary exam is set for Sept. 21.

Who were the Detroit shooting spree victims?

Worthy announced the charges and also more details about the victims who Smith is accused of killing.

Chayne Lee, 28, was the first victim. He was found shot multiple times and, even after he had fallen to the ground, Smith is accused of continuing to shoot his body. He was found dead in the doorway of a Detroit church by police officers. Chayne was a father and is survived by his son. Police said a 911 call was not made

The second victim was identified only as Jane Doe. Police responded to the area of Wyoming and Margareta around 5:30 a.m. on Sunday and found the woman's lifeless body shot multiple times.

Police identified the victim only as a Black woman in her 40s and are asking anyone from that area who knows of a woman fitting that description that has not responded to messages to call police.

"We just really need some help in identifying her so we can make notifications to the family and they can start the healing process," McGinnis said.

Detroit shooting spree suspect was arrested after tip from 'somebody close' to assailant, police say

Lara Brisco, 43, was killed a little more than an hour later on Livernois. Just before 7 a.m., police said Brisco was shot multiple times before the shooter walked away.

Brisco was a mom of 5 and was waiting for the bus when the suspect walked by her and with no provocation, turned around and fired multiple shots. He then stepped away and then returned and fired more shots.

The lone survivor of the shooting spree was 76-year-old John Palik. Just 15 minutes after Brisco was killed, police were called to a home on Pennington near 7 Mile to a report of shots fired. Palik had been out walking his dog when he was shot in the leg and his dog was shot in the foot - this is where the charge of animal cruelty comes in. Palik and his dog survived the shooting.

A neighbor of Palik's told FOX 2 they heard the shooting and started shooting back.

"I looked out the window and I could see the suspect shooting down the street and then I heard four or five shots and my neighbor crying for help," said the man.

So he grabbed his gun, ran to the front door, and started shooting at the suspect.

"I called out the shooter to let him know my presence and I said why are you shooting," the good Samaritan said.

All while the suspect was still armed. Other neighbors sprang into action to help Palik as the suspect ran off.

The neighbors put a tourniquet on the wound and called police.

How the Detroit shooting spree suspect was arrested

Smith was ultimately arrested later in the day on Sunday. According to sources, his aunt called police to give them his location.

Police secured a search warrant of the location and arrested him without incident. They also found a gun that was believed to have been used in the shooting.

During a press conference Monday afternoon, White said police began treating the situation as an active shooter scene when they observed the shell casings from the scenes as all coming from the same firearm.

The story initially identified Chayne Lee as a woman. Chayne Lee was a man and this story has been corrected to fix this error.

This story has updated the correct spelling of Lori Brisco, the second victim. This has been updated.