WEDNESDAY NEWS HIT - A Macomb County girl's family is worried that the 16-year-old ran away to meet an Israeli national she met online.

Samantha Merecki disappeared Tuesday morning. Her car was found that night in the parking lot of the Kroger at 21 Mile and Card roads in Macomb Township.

She was raised Catholic but now identifies as Jewish and is an activist. Her activism has even been written about by local news outlets, including the Detroit Jewish News and the Macomb Daily.

"She’s become very interested in the Jewish culture, and the Israeli culture, and supporting that movement the past few months," said her mother, Gloria Hollingsworth. "And I think he took the opportunity … and manipulated her young mind."

Her car was recovered from the Kroger parking lot at 21 Mile Road and Card late Tuesday night, but there was no sign of Samantha The Macomb County Sheriff's Office is working the case.

Samantha Merecki's father said he talked to her Tuesday online and tried to get her home.

Her family fears that the man they believe she went to meet will take advantage of her.

Anyone with information is asked to call the Macomb County Sheriff's Office at 586-469-5151.

Eloise, an abandoned psychiatric hospital in Westland, is being transformed into a haunted house this Halloween season.

Alice Cooper will be there Thursday for the ribbon-cutting of Eloise Asylum before it opens to the public Oct. 1.

One of the remaining buildings on the Eloise land, the old commissary, is a homeless shelter. Proceeds from the haunted house ticket sales will help people who use the shelter.

The 30,000-square-foot Kay Beard building will house two haunted attractions. Tickets start at $40 for both. 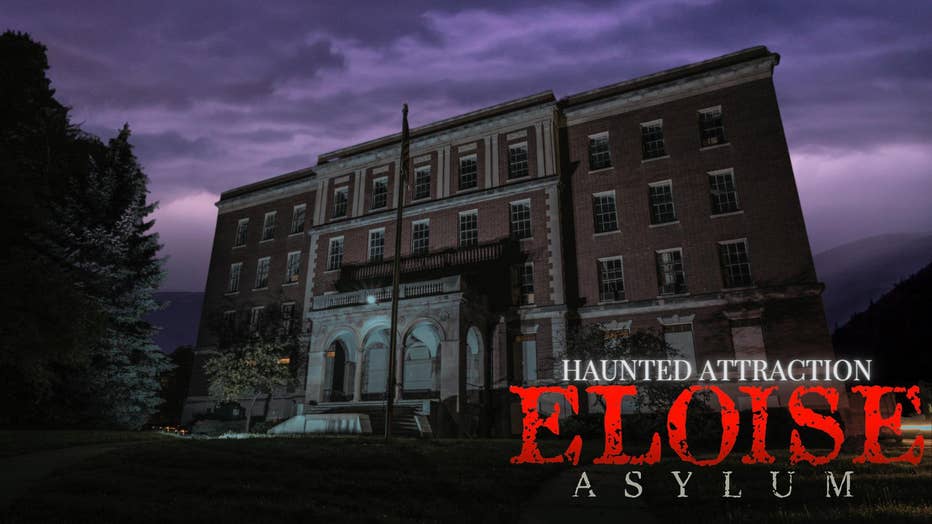 The rain isn't letting up Wednesday.

It will be windy and wet into Thursday, with all of Metro Detroit under a Flood Watch until then.

Some areas could see 2-4 inches of rain. Parts of southeast Michigan have already exceeded 2 inches, including Armada, while other areas are nearing that.

After the wet week, the rain will clear up Friday, making way for a nice weekend.

Today will be wet, windy and raw.

Police said the teens were in a vehicle that was speeding before the driver lost control around 8 a.m. and left the road on north M-52. The vehicle hit a landscaping boulder and flipped several times.

Drugs or alcohol do not appear to be factors in the crash.

The rain will continue all day.

Rain to continue all day Wednesday in SE Michigan

The rain is not letting up any time soon.

Florida law enforcement resumed their search for Brian Laundrie at a Sarasota County preserve. Also, the Wyoming coroner confirmed the remains found near Grand Teton National Park do belong to Gabby Petito – and she died as a result of homicide.