DETROIT (FOX 2) - A man sent to clean an old vacant house finds a human skeleton inside Thursday afternoon. The grim discovery came in residence in the 900 block of  East Hollywood Avenue in Detroit.

"I see all kinds of stuff these are abandoned houses we’re talking about," said Quincy Norman who works for a company that contracts with the Detroit Land Bank. "I walked past the couch that I walked past like a week ago and nothing has changed in the house - but I didn’t see it until today."

Lying on the couch was a human skeleton.

"It was leaned over on the couch like may have been sleeping or something," Norman said. "Like he may have fallen asleep."

He rushed his crew out of the house, locked the front door, and called 911.

Meanwhile, neighbors tell FOX 2 they haven’t seen anyone living there for about two years. They remember a man squatting at the house after he was no longer able to pay the property taxes.

Right now no one knows if the remains Norman found belong to that man or someone else. 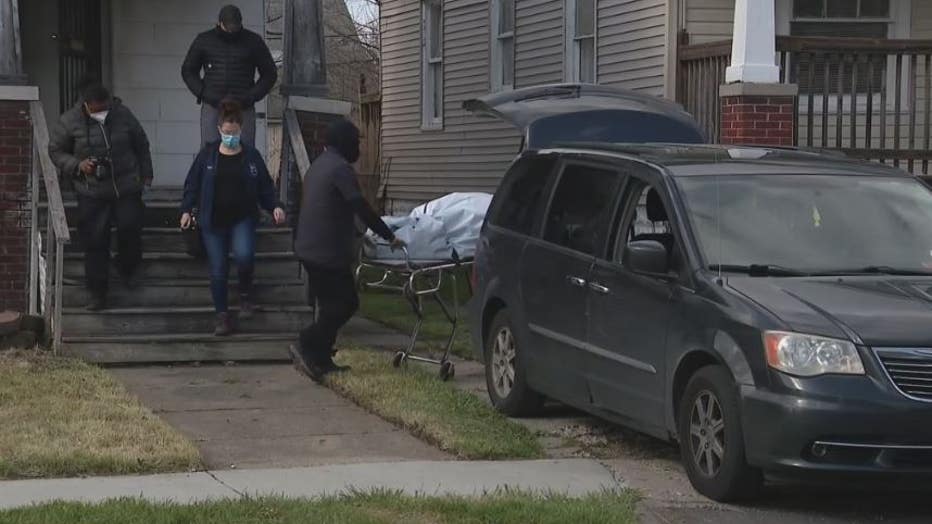 "Especially during these Covid times you definitely want to keep the family close," Norman said. "If the body was there for a year-plus that means nobody called and even if they tried, they couldn’t get in contact with him."

"I hope they find out who this guy is because it is very unfortunate he had to go like that."