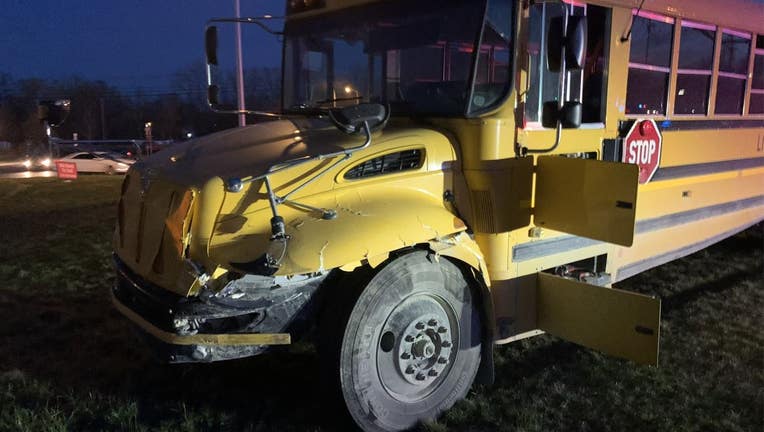 The stolen school bus that a suspect fled in on Sunday after driving it through a locked gate.  (Photo courtesy of Michigan State Police)

AUGUSTA TOWNSHIP, Mich. (FOX 2) - Michigan State Police arrested a 26-year-old man after he allegedly stole a school bus out of Washtenaw County on Sunday before crashing it into a pickup truck in Canton Township.

The bus was taken from Lincoln Consolidated Schools around 8:20 p.m. on April 17 when the suspect drove through the gates of a locked fence in Augusta Township.

According to police, the suspect was spotted traveling on Willis Road, US-23, and I-94.

Officers made multiple attempts to stop the bus, which instead continued to flee.

At one point, it ran a red light in Canton before crashing into a pickup truck. The occupants were treated for minor injuries after the crash. 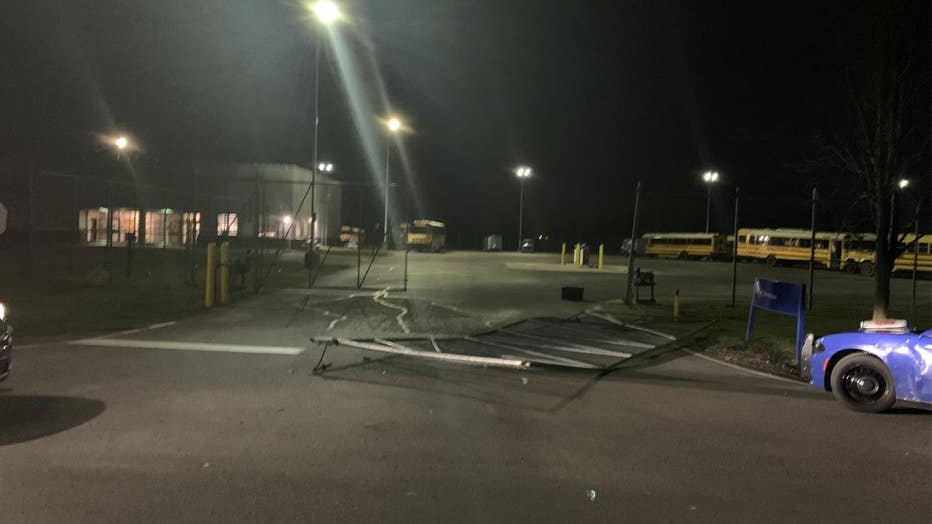 The suspect, a man from Stevenson Lake was arrested and lodged on multiple charges including fleeing police, resisting and obstructing, unlawfully driving away in a vehicle, and malicious destruction of property.

MORE: Passenger in vehicle that fled police in Flint killed in crash

He was also charged with breaking and entering.