The 127th wing didn't miss the opportunity to show off the maneuver, posting the video online. 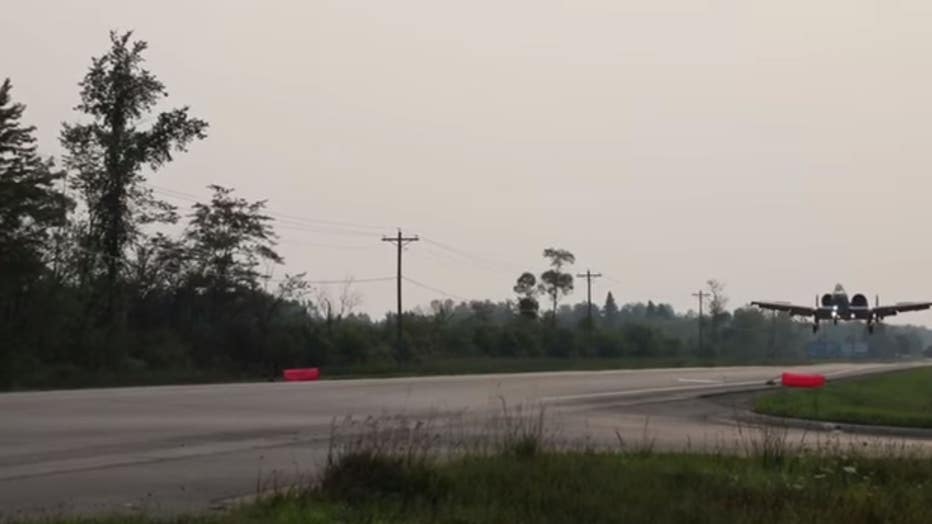 A panning video tracks along as a jet makes a smooth landing on the highway, slowing down as it goes over the hump on the roadway.

"We did it! We made history!" read the caption. "We successfully landed and generated an A-10 Thunderbold II from a U.S. Highway today."

State police in northern Michigan had warned drivers early Thursday morning that westbound traffic would be detoured onto M-65, Werth Road, US-23, and Ripley.