LANSING, Mich. - A growing consequence of Michigan's latest COVID-19 surge is coming into focus this week - the number of kids hospitalized with coronavirus. 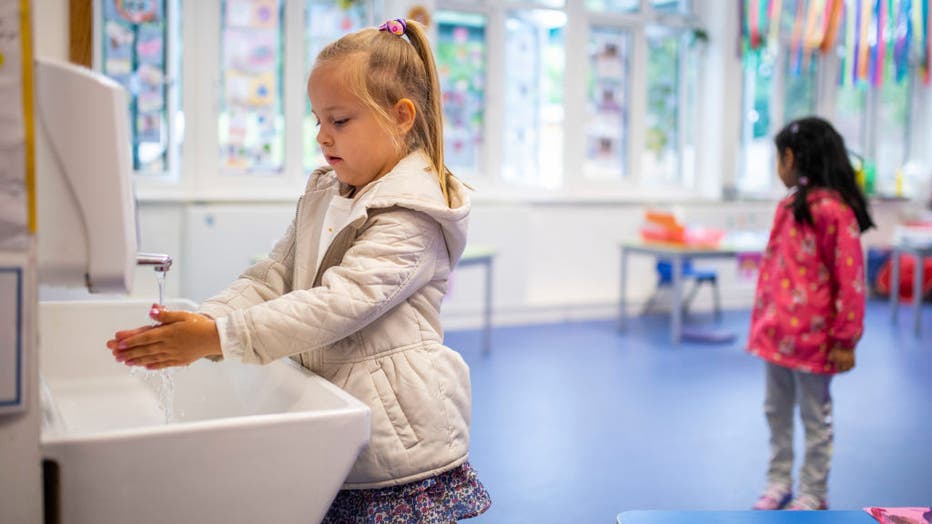 According to data from the Michigan Hospital Association, pediatric patient hospitalizations grew by 311% from Feb. 19 to April 20, increasing from 17-70 inpatients. (Justin Setterfield/Getty Images)

The number of pediatric patients in beds in Michigan hospitals hit an all-time high as the state tries to stamp down its latest surge in cases.

At its highest rate recorded this week, 70 kids had been admitted with a COVID-19 infection - more than double the rate during the state's autumn surge.

According to data from the Michigan Hospital Association, pediatric patient hospitalizations grew by 311% from Feb. 19 to April 20, increasing from 17-70 inpatients, a spokesman from the association confirmed with FOX 2 in an email.

COVID-19 remains less of a threat to young people compared to older individuals, but with more infectious variants moving around Michigan as students returned to in-person learning earlier this year, children have become a more likely vector for the virus.

Even as Michigan's latest surge is showing signs of easing, with positive tests and daily caseloads falling, young kids continue to represent a large part of the infected population.

According to an executive report from the state this week, cases in age groups 10-19 saw the largest increase in daily cases, followed by people age 20-29 then those age 30-39.

The MHA first flashed warning signs about an increase in infections among children on April 9, when a release reported 42 kids had been hospitalized, which was a 237% increase since Feb. 19.

In the weeks that followed, that number climbed even higher. Since then, hospitalizations have fallen to 58, according to state data.

Why are kids getting more infected?

Shortly before Michigan's March and April spike began, the state had begun encouraging districts to reopen classroom learning. Kids were largely kept away from outbreak settings last year since the school year was canceled and districts reopened in remote settings last fall.

That left more children susceptible to the virus this year since fewer had been infected. Combined with a more infectious variant in the B.1.1.7 strain, classroom settings have become the largest source for outbreaks tracked by the health department.

At the same time, children aren't eligible for any of the vaccines that are available.

Michigan nurses said they are being forced to work under unsafe conditions.

As of April 15, 312 outbreaks had been ongoing or were newly detected in schools. The second-highest source was construction and manufacturing settings, at 224.

A breakdown of those outbreaks include:

Also included in the state's report is the number of outbreaks associated with school sports. 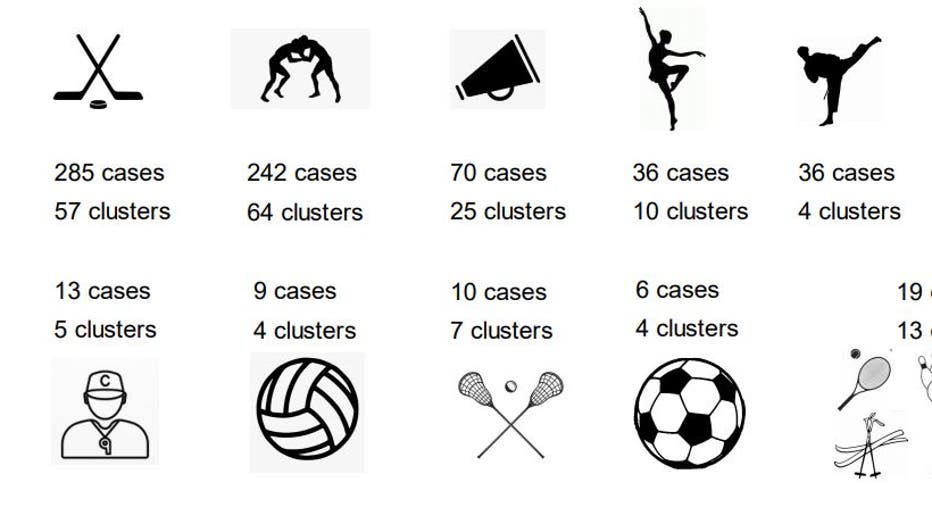 Since districts returned to in-person learning, Michigan's coronavirus rate has been the highest in the country.

While children remain among the groups least threatened by coronavirus symptoms, there are still concerns for experts since they have become easy vectors for the virus.

The CovKid project, which tracks the pandemic among pediatric patients says that 582 kids and teens have died, as of March 28. That includes 10 cases in Michigan. The national average is 7.2 deaths per million.

Michigan's chief health executive Dr. Joneigh Khaldun said among MDHHS's growing concerns is the presence of MIS-C or Multisystem Inflammatory Syndrome in Children. The infection can cause inflammation of organs like the heart and lungs.

RELATED: COVID-19 in Michigan is a 'runaway train' with restrictions - so why isn't Florida and Texas?

Khaldun told FOX 2 that the state was seeing a similar trend the rest of the country was identifying, more kids are developing symptoms related to MIS-C.

A study on children who had MIS-C never showed symptoms linked to COVID-19, despite getting sick enough to be hospitalized with the condition.