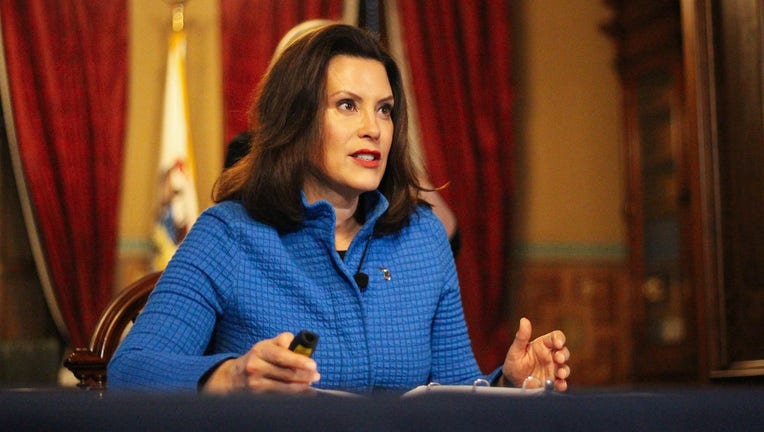 Results from a statewide survey released by Detroit Regional Chamber of Commerce found that almost two-thirds of individuals that were asked approved of Whitmer's actions. Her approval rose 6 points since an April survey that asked the same question. By contrast, President Donald Trump's approval rating remained relatively the same 42%.

Voters also showed overwhelming support for gradually opening the economy instead of quickly, believed the protests in the state's capitol sent the wrong message, and say they wear a mask when they go out. The survey of 600 people was conducted between May 12 through 16 and is the second polling of Michigan resident's views of the pandemic that's been completed since COVID-19 was first confirmed.

In the most recent survey, voters approved of Whitmer's handling 63.7%-32.8%. During an earlier survey completed a month ago, Whitmer's approval stood at 57%-37%. A lot has happened between the two polls. Whitmer's statewide stay home order grew more restrictive in late April before loosening up two weeks later. The state has also begun allowing manufacturing, construction, and real estate to resume. Restaurants and bars located in northern Michigan will also allow in-person service on Friday.

The shuffling of business reopenings and statewide restrictions parallels the slowing COVID-19's spread in the state. They also match easing concerns over food and financial worries and growing encouragement among the state's workforce to return to their jobs.

Fewer people said their household finances had been impacted in a catastrophic or major way in May than they did in April. About 66% of those surveyed said they would feel safe going back to work.

While most groups of people responded to questions similarly based on age, race, and type of work, the biggest indicator of how someone would respond was tied to their political affiliation. Individuals that identified as "Strong Republicans" considered the coronavirus pandemic overblown, were more concerned about their financial situation, believed Michigan was opening too slowly and supported Trump over Whitmer.

“Differences in Michigan’s handling of COVID-19 are not based on region, age, type of work, or education levels," said Richard Czuba, the founder of Glengariff Group Inc that conducted the survey. "They are fundamentally based in partisan affiliation. Strong Republican voters — particularly strong Republican male voters — believe COVID-19 is overplayed as a threat, believe Lansing protests send the right message, and are the least likely to wear masks when going out. They fundamentally differ in their approach from Democratic voters, Independent voters, and even Leaning Republican voters."

The stark contrast in differing opinions of Democrats and Republicans reflects a widening gap of consensus between those with different partisan affiliations:

The partisan divide playing out in polling numbers is also present in the legislature where Republican lawmakers have been critical of the governor's approach to COVID-19. In addition to vocal criticisms, GOP leaders have tried to circumvent the governor's executive orders and emergency declarations by passing laws, form oversight committees and more recently file a lawsuit against her.

One effort Republicans have pushed that Whitmer appears to come on board with is opening the state's economy based on region. About 65% of those surveyed agree with this approach. The only demographic that didn't support it was Detroit voters, who by a margin of 45% to 53% believed every region should be treated the same.

Among other notable findings is who do Michigan voters trust to deliver accurate news about COVID-19. Medical providers were among the most trusted, while posts on social media were the least trust. Respondents rated their trust on a scale of 1-10:

You can read more about the poll's results here.