The reward for information leading to the recovery of Brendan Santo, the missing 18-year-old from Rochester Hills, has been increased again to more than $20,000.

The teen, who has been missing since Oct. 29, was last seen leaving Yakeley Hall on Michigan State University's campus shortly before midnight.

Friends and family have determined the teen was heading toward Brody Neighborhood on the west side of campus when he disappeared.

The teen's circumstances have created an outpouring of support and assistance from hundreds of people who have participated in the search for Santo. As of Nov. 14, the reward has risen to $11,000, while money had also poured into a search effort for the teen.

Police initially believed Santo hadn't gone too far since his vehicle was found in the same place he first left it. Police believe the Red Cedar River, which meanders through campus, could offer proof about what happened to the teen. 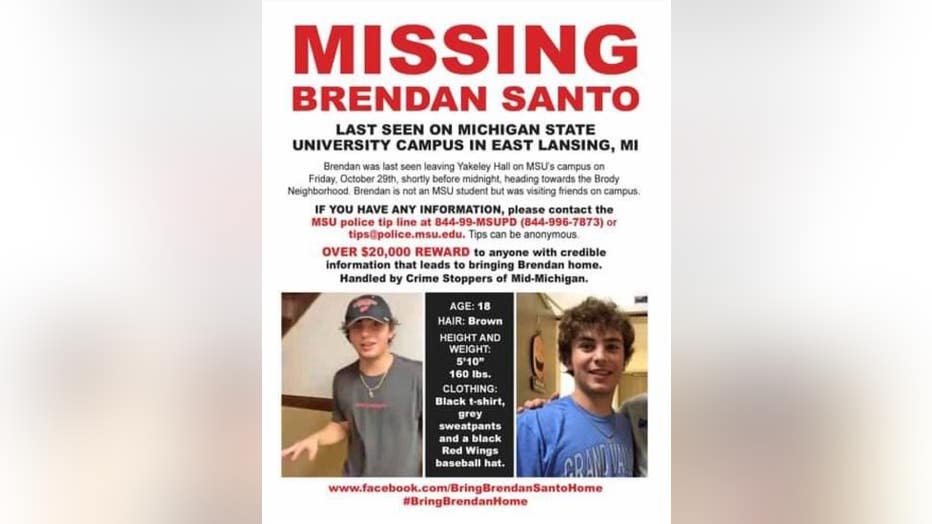