DETROIT (FOX 2) - A group calling itself the 313 Liberation Zone set up what they called a police free autonomous zone Thursday night.

At Jefferson and E. Grand Blvd, the large group of about 30 demonstrators, blocked traffic on to Belle Isle for about an hour. The event was peaceful and there were no arrests.

Things you would normally do at a park, but not in the middle of a busy street.

The 313 Liberation Zone calling wants money to be taken out of the Detroit Police Department's budget and re-allocated to the Parks and Recreation Department. 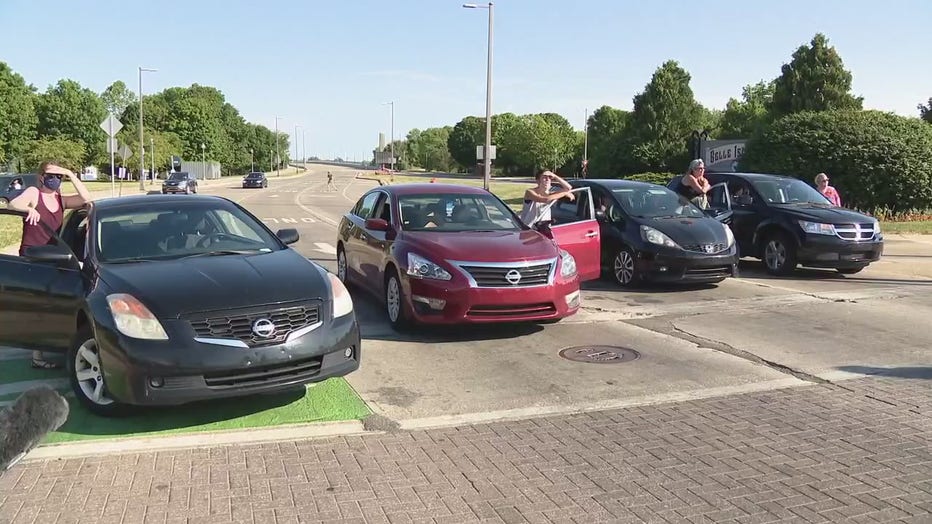 “The police kept their distance from what the group called a "police free zone" but they made it clear the group would not be able to stay out here all night.

A short time later the 313 Liberation Zone packed up and left peacefully.

We asked them if they would be back.

“We're going to be out here as long as the city doesn't take action and listen to our demands,” said Leon Hister. 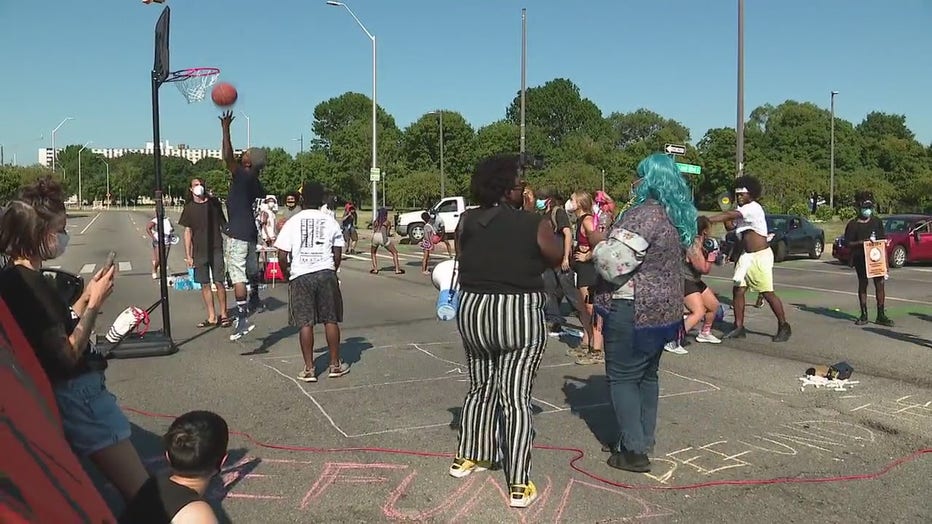