Rescuers save dogs from flooding

New South Wales State Emergency Services shared footage of their crew members getting lifeboats and cages ready to ferry more than a dozen dogs to safety as floodwaters continue to linger after excessive rainfall in the area.

The video shows a montage of the mission and ends with a dog trotting off with its rescuer.

Across New South Wales state, 15,000 people were nervously waiting on Tuesday for potential orders to evacuate. 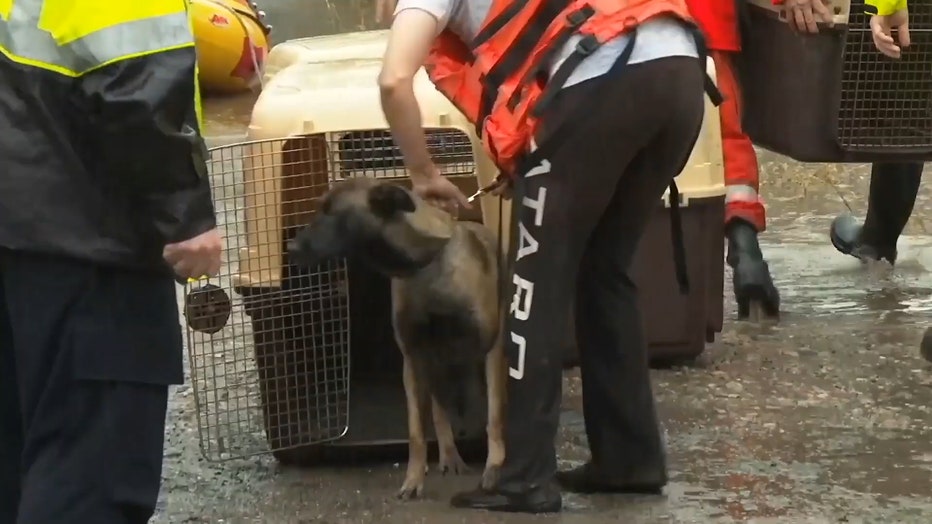 Freeze frame of one dog rescued from flooding in Australia.

Some 18,000 residents of Australia’s most populous state have fled their homes since last week, with warnings the cleanup could stretch into April.

Some parts of the state had recorded two-thirds of their annual rainfall in less than a week.

Prime Minister Scott Morrison said the rain emergency was expected to ease by late Wednesday, but the "floodwaters remain persistent for some time."

"I’m advised that the rain and flood situation does remain dynamic and extremely complex," Morrison said.

The Associated Press and Storyful contributed to this report.