On the eve of the November election and on a bi-partisan vote, lawmakers and the governor are spending $1 billion on a variety of fronts.

LANSING, Mich. (FOX 2) - On the eve of the November election and on a bi-partisan vote, lawmakers and the governor are spending $1 billion on a variety of fronts.

The GOP chair of the Senate budget committee Jim Stamas and the House GOP Speaker Jason Wentworth, joined the governor in pushing for a $1 billion budget bill that goes into a variety of programs:

Rep. Steve Johnson was one of about two dozen Republicans who rejected the package calling it, "immoral." But Senate Democrat Curtis Hertel claims this spending is good for taxpayers.

"This is a bipartisan deal this is not for one party or party rule. this is all of us working together in Lansing trying to do the right thing," he said.

Political pundit Bill Ballenger was asked why are they doing it in the middle of a campaign?

"Because it is in the middle of a campaign," he said. "They want to show they are spending money on behalf of good care for the people of Michigan."

The budget is good news for Gov. Gretchen Whitmer in her run against challenger Tudor Dixon and it will be good for some legislators in contested and swing districts where maybe they are fighting for their political lives.

Next month before the election, look for the governor to announce new industries coming to the state, lured here by an $846 million incentive package also approved by the bi-partisan legislature this week. 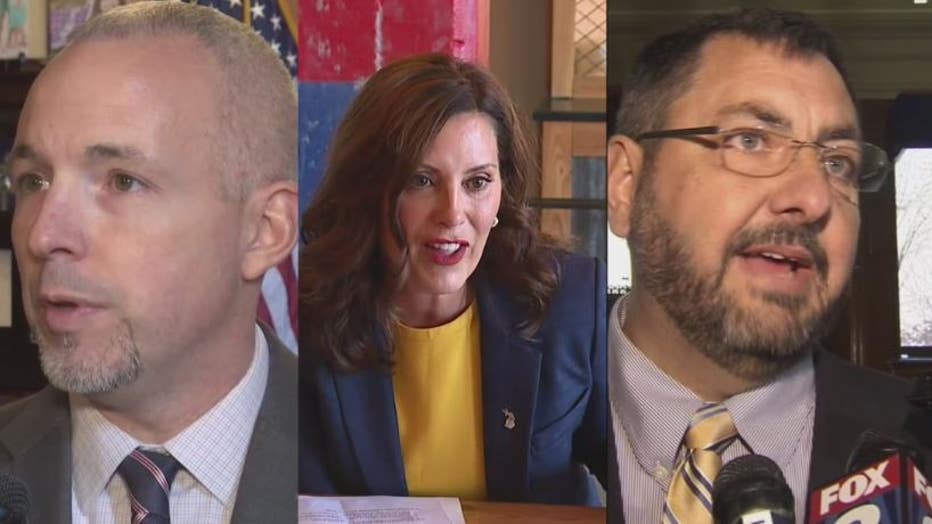