Alien Tape gets put to the Fame or Shame test

The makers say you can defy gravity and hang all kinds of stuff on all kinds of surfaces like a big jug of water on a wall - or even a heavy brick.

FOX 2 - Tired of hammering nails to hang up a sign? Sick of one-sided tape that doesn't really stick to brick?

Now there's Alien Tape! Alien Tape uses advanced grip nanotechnology, it claims. And the makers say it can hold just about anything in place.

A brick! A block! A bottle! A big sign to ward off spacemen! Should you "phone home" about Alien Tape? Or should we send Alien Tape into a black hole?

Comedian Cody Calebra and Rob Wolchek are ready blast off to the Alien Tape universe!

First, they watch the alien-infomercial. They say this double-sided tape sticks, holds and releases simply with a twist. And Alien Tape is washable - peel it, reuse it. The humanoid in the commercial sticks an Alien Tape-d bar on a beam and does pull-ups.

Wolchek: "So it's a little hard to cut?"

Cody the comedian starts sticking the Alien Tape to their surfaces.

In the commercial, the guy uses it on "glass, metal wood, tile, carpet."

So far this tape is out of this world.

Now, simply remove the items with a twist.

"Remove it with a twist." Rob said. 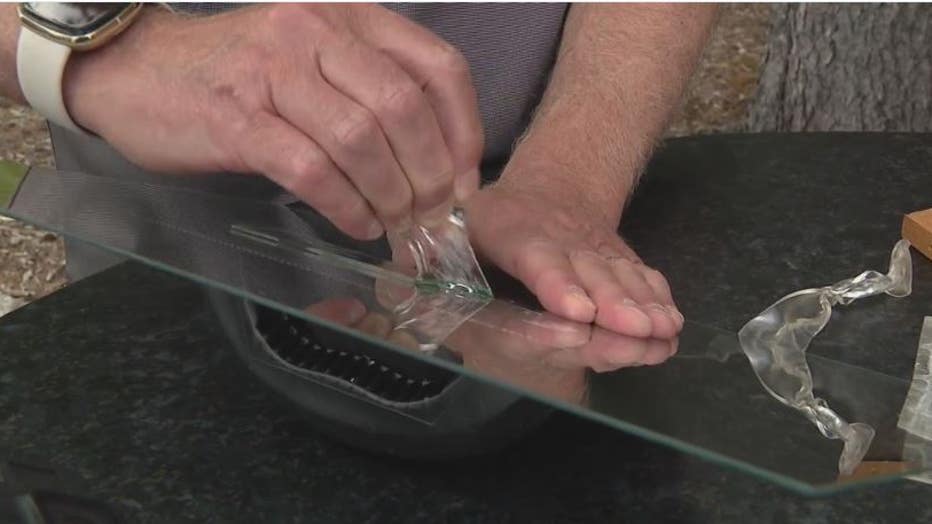 "Oh no. Oh no, look at that, that was disastrous," Wolchek said.

Maybe the tape could be reused if it wasn't so gummy.

"I think the aliens gotta go back to the labs on this one," Cody said.

Now they try to to duplicate another alien feat, sticking a couple weight plates up with the tape.

Then they try a plank of wood and next, a brick.

"Now how's it going to stick a brick?" Cody said.

But that brick won't stick.

Next, a glass pan.

Pretty cosmic but while they're putting more Alien Tape on the brick - the weights fall. 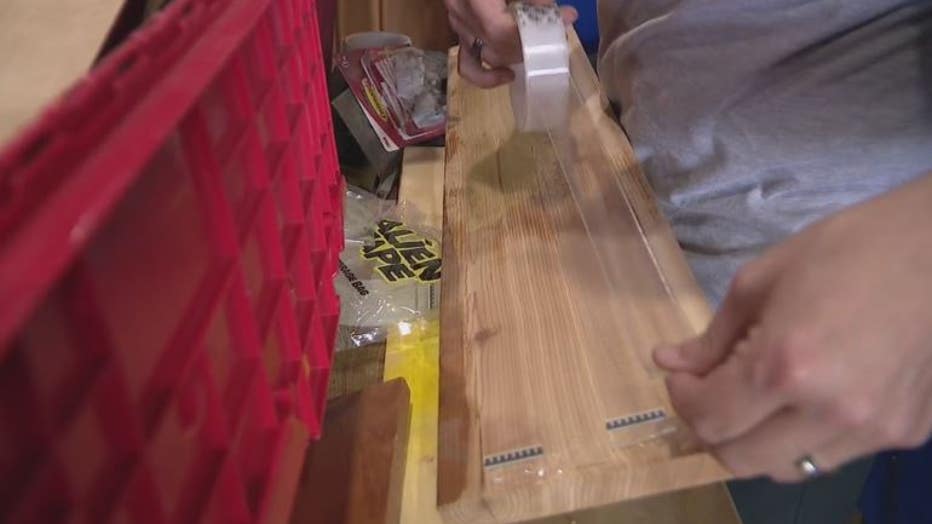 Wolchek: "I spoke too soon. I was getting impressed (plank of wood falls) oh blank."

With more Alien Tape the brick engages. Cody wants to put a weight on the brick, but the brick and weight both fall.

Wolchek sticks a brick to a metal beam with a chunk of Alien Tape.

But after exactly six minutes - the brick falls.

Now they put Alien Tape on back of a coat hook - then hang a gallon of water off it.

"Have problems hanging up your jug of water on a coat rack,  not anymore with alien tape," Cody quips. 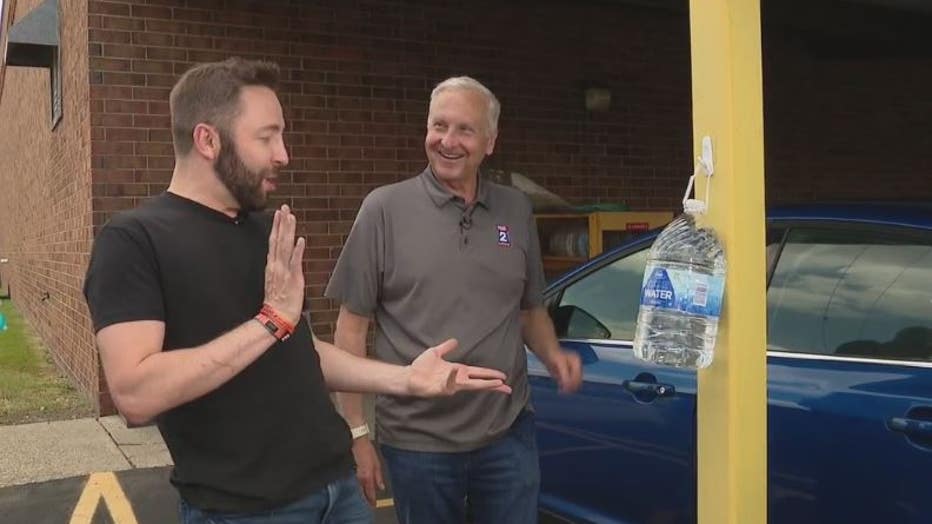 Unless you want your water to hang for more than six minutes - then the water jug falls.

Now for the big test - they put a galaxy of Alien Tape onto a pull up bar. Wolchek bets Alien Tape can hold a little green man, but a big-time stand-up comedian?

"Beam me up Scotty," Cody said.

"Thanks Alien Tape.You'll be hearing from me," Cody said.

Wolchek contacted Alien Tape for comment but never heard back. 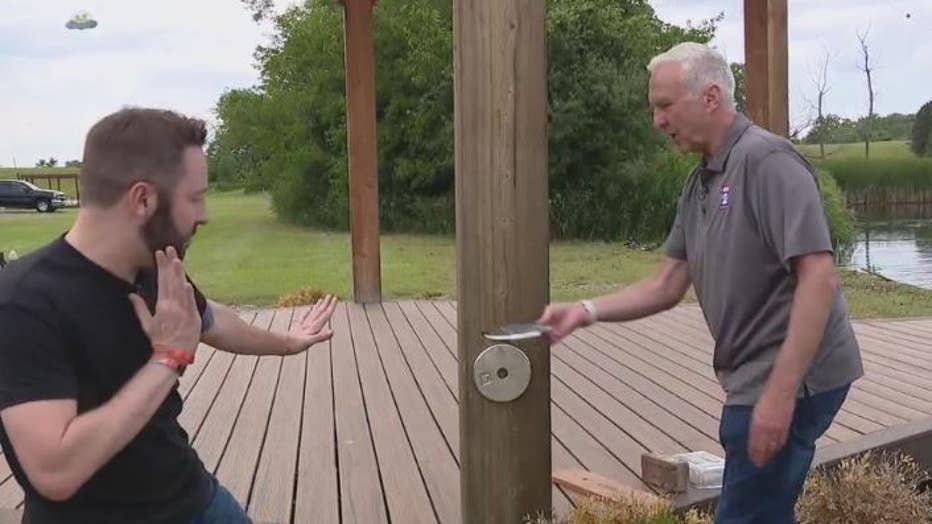