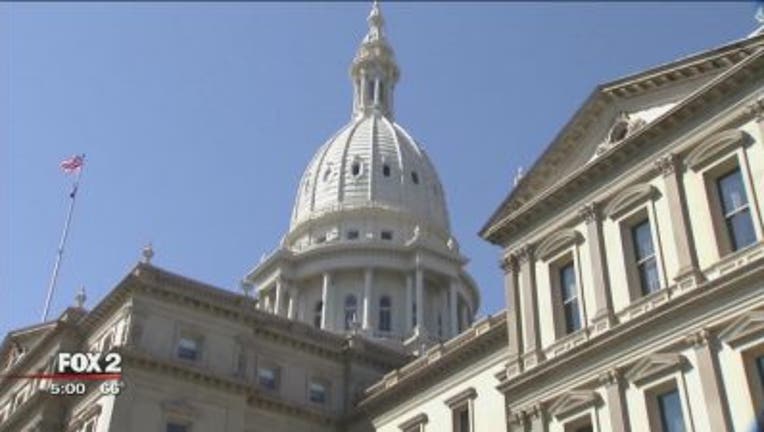 LANSING, Mich. - The Supreme Court’s 5-4 decision to let a Texas ban on most abortions remain in force — at least for now — prompted warnings and cheers from advocates in Michigan who noted the state still has a 90-year-old ban on the books if Roe v. Wade is overturned.

Even before the Texas case arrived at the high court, the justices had planned this fall to hear a major case from Mississippi, which wants to enforce an abortion ban after 15 weeks of pregnancy.

"Here in Michigan, we face an especially dangerous threat. Because we have a pre-Roe law banning abortion on the books, access to abortion in Michigan would be in danger if the Supreme Court overturns Roe v. Wade," Dr. Sarah Wallett, chief medical officer for Planned Parenthood of Michigan, said in a statement.

It is unclear whether the 1931 law, which dates to the 1800s, automatically would take effect if the landmark 1973 U.S. Supreme Court precedent were overturned. The law makes it a felony to use an instrument or administer any substance with the intent "to procure the miscarriage" of a woman unless necessary to preserve her life.

Genevieve Marnon, legislative director for Right to Life of Michigan, said: "When Roe is overturned, Michigan will be an abortion-free state, and we are hopeful that will take place next year after the (Mississippi) case is heard." She said it would not make sense to mirror Texas’ law in Michigan because it still allows abortions until medical professionals can detect cardiac activity, usually around six weeks.

Democrats’ attempts to repeal the 1931 law have been blocked in the Republican-controlled Legislature.

"We must read the writing on the wall. We cannot trust that a majority of the justices on this U.S. Supreme Court will put the law before their own radical politics, and we must act now to protect access to abortion health care in Michigan," Senate Democrats said in a statement.

Democratic Gov. Gretchen Whitmer, who is up for reelection next year, has vowed to veto GOP-proposed abortion restrictions, including a bill that would prohibit a common second-trimester procedure. She called the Supreme Court’s decision "potentially catastrophic for the right to choose."

State Attorney General Dana Nessel, a Democrat, has said the high court’s conservative majority will probably overturn Roe and that she will not enforce Michigan’s abortion ban, drawing criticism from Republicans. One local prosecutor, Democrat Eli Savit in Washtenaw County, tweeted Thursday that "we will never, ever prosecute any person for exercising reproductive freedom."

Initially, GOP legislators appeared to be generally mum on the ruling. Rep. Beau Lafave, of Iron Mountain, did tweet that leaving in place Texas’ ban is "wonderful news."

An option on both sides could be to organize a ballot initiative, though strategists said it was too early to say, in part because of uncertainty over what the justices will do next.