ORION TWP, Mich. - An Orion Twp man was arrested early Sunday morning on accusations that he attacked, strangled and stabbed his own mother and then attacked his uncle who tried to stop him.

The Oakland County Sheriff’s Office said the man was arrested a little after 12:30 Sunday morning when they were called to a home on Rohr Road.

The Oakland County Sheriff says a 29-year-old man strangled his own mother to death and then attacked his uncle he tried to stop him.

Deputies said the 911 caller was the suspect’s uncle who said he had just been stabbed. When deputies arrived, they found the suspect walking with a cut on his neck and on his hand. Deputies said he was incoherent and sobbing.

By the time they got to the home where they were called, they found a woman lying face down in the living room. She was unconscious and bleeding profusely and we are told she was stabbed in the face.

Paramedics took her to the hospital where she was later pronounced dead.

According to the suspect’s family, the woman’s son attacked her and strangled her before his uncle jumped in to try to stop him.

When the suspect’s uncle pulled him off of him, witnesses said the suspect went to a kitchen to get a knife. The two fought over the knife and the uncle was stabled in the shoulder.

That’s when the uncle called 911 for help.

Neighbor Fred Wiles was just getting home Sunday morning when he found cop cars across his neighbor’s yard. He said he couldn’t believe what had happened.

“You see this stuff on the news and you never think it’s going to happen next door,” said Wiles. “We have been neighbors with these people for years all the sudden something like this happens out of the blue and it’s crazy.”

Police are not releasing a motive but call it a domestic situation.

“A lot of cars that go in and out of there. They don’t stay very long. You can kind of connect the dots, usually nothing good goes along with that,” Wiles said. 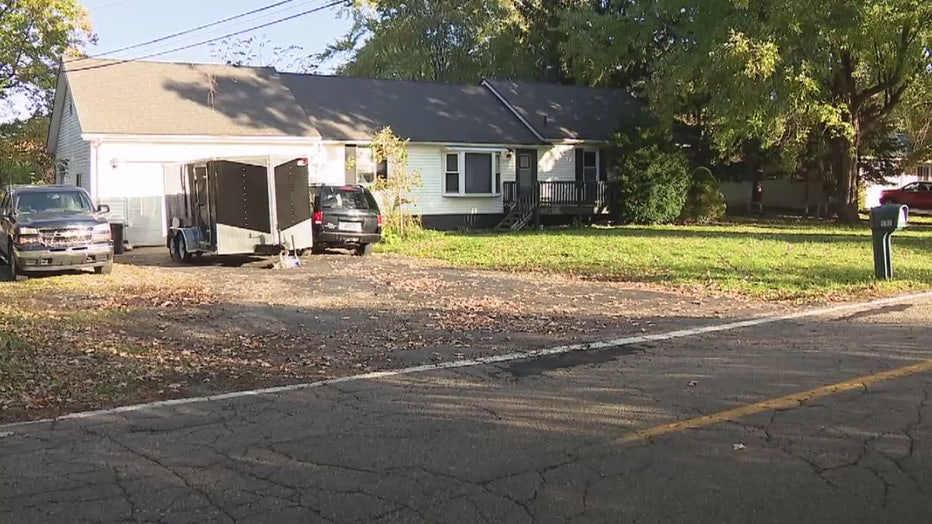