When President Donald Trump sends lawyers to court, it seems he’s not sending his best.

Fighting to challenge an election he lost to President-elect Joe Biden, Trump has launched a barrage of lawsuits across the country. Top Republicans have stood behind him and said they will wait for those cases to be resolved before officially recognizing the winner, a standard that has no modern precedent.

But his attorneys have repeatedly made elementary errors in those high-profile cases: misspelling “poll watcher” as “pole watcher,” forgetting the name of the presiding judge during a hearing, inadvertently filing a Michigan lawsuit before an obscure court in Washington and having to refile complaints after erasing entire arguments they’re using to challenge results.

“The sloppiness just serves to underscore the lack of seriousness with which these claims are being brought,” said Rick Hasen, a law professor at the University of California, Irvine. 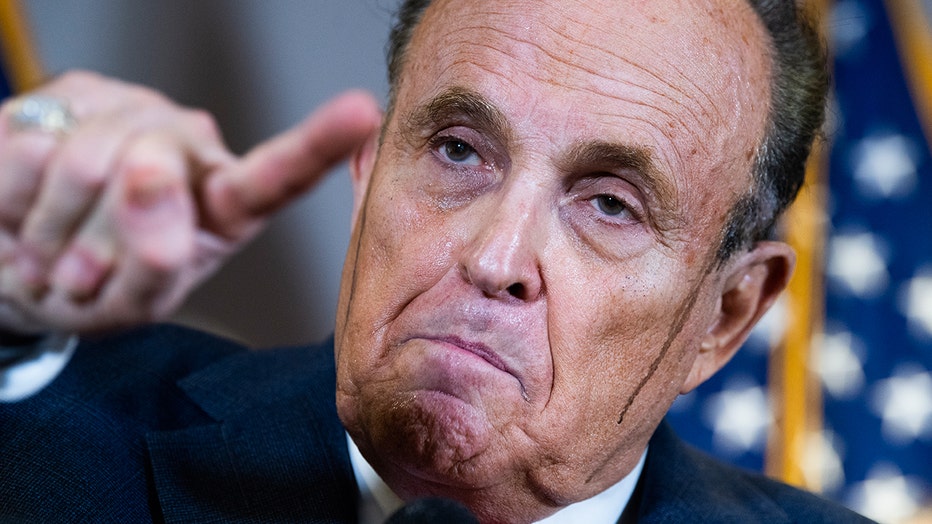 Trump’s legal team has lost repeatedly in court and failed to uncover the kind of widespread fraud that might challenge Biden’s leads in several key battleground states. His lawyers and allies have still pressed forward with asking judges and certification authorities to block the results.

Former New York Mayor Rudy Giuliani and other Trump lawyers held a press conference Thursday in which they berated reporters for questioning their claims and cited a Michigan affidavit already dismissed by a judge. They also argued a debunked conspiracy theory that Venezuela could have hacked election results through machines used by local authorities.

“I know crimes. I can smell them,” Giuliani said as streaks of sweat and what appeared to be hair dye ran down the sides of his face. “You don’t have to smell this one. I can prove it to you 18 different ways.”

Experts have noted that Trump is not employing the Republican Party’s top election lawyers, including those who represented the GOP in the Florida recount two decades ago. Law firms have faced public pressure from Trump opponents not to fight the election on his behalf. Legal giant Porter Wright Morris & Arthur withdrew from a case in Pennsylvania last week.

Attorneys at the larger, more established firms that had been representing Trump have expressed concern privately about pushing a legal strategy without a body of evidence, and worry that it’s wrongly furthering a false narrative that the election was fraudulent, according to two people familiar with the litigation. The people were not authorized to speak about litigation and spoke to The Associated Press on condition of anonymity.

The day before a major argument in Pennsylvania, three lawyers for Trump withdrew and were replaced in part by Marc Scaringi, an attorney and talk show host who wrote a blog post after the election referring to “President-elect Joe Biden.” Scaringi himself had told listeners on his radio show days after the election that “there are really no bombshells” about to drop “that will derail a Biden presidency,” and noting that several of the lawsuits “don’t seem to have much evidence to substantiate their claims.”

Much of the derision has focused on Giuliani, who appeared in court on Tuesday in the Pennsylvania case. It was the first time he had represented a client in federal court in almost three decades.

During the hearing, Giuliani forgot the name of an opposing lawyer, misstated the name of the presiding judge and mistook the meaning of the word “opacity.”

Hasen pointed to Giuliani’s apparent lack of knowledge of the meaning of “strict scrutiny,” the highest of three standards used by judges to evaluate how a law or action taken by the government affects someone’s constitutional rights. The Trump campaign has claimed without providing evidence that Pennsylvania violated voters’ rights by allegedly allowing election fraud.

“I’ve never seen an election lawyer handle a case as poorly as Giuliani has,” Hasen said. “The idea that the lawyer arguing the most important case in Pennsylvania would not understand what it means to apply the standard of strict scrutiny in a constitutional case is mind-boggling.”

On Wednesday, the Trump campaign asked to file a new complaint in Pennsylvania partly to “restore claims which were inadvertently deleted,” according to their filing. An attachment to the filing, in citing state election law, references “only one pole watcher” instead of “poll watcher.”

Experts say Trump has almost no chance of reversing his loss.