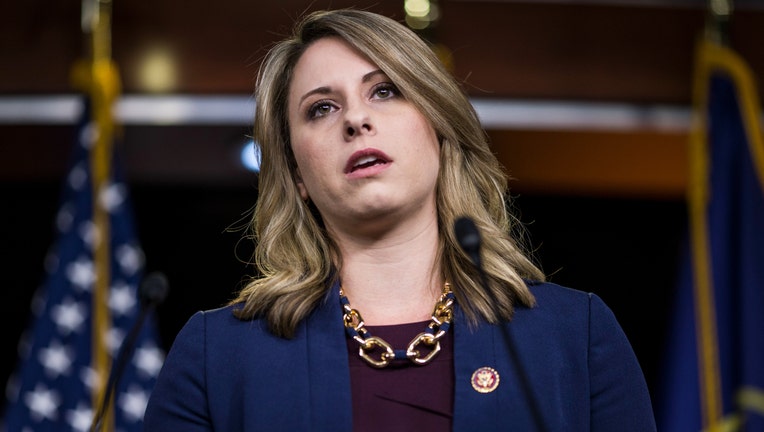 WASHINGTON, D.C. - California Rep. Katie Hill (D-Agua Dulce) has resigned after it was revealed that she had an affair with a young female campaign staffer.

"Having private photos of personal moments weaponized against me has been an appalling invasion of my privacy," she wrote in her resignation letter. "It's also illegal, and we are currently pursuing all of our legal options."

A congressional commitee has also been investigating an unsubstantiated claim that Hill, 32, had an intimate relationship with a male senior aide on her House staff, which would violate House rules.Hill has denied that relationship.

"For the mistakes along the way and the people who have been hurt, I am so sorry, and I am learning," Hill said in her letter.

In the meantime, Hill has been embroiled in a bitter divorce with a husband she claims was abusive.

The female staffer, identified as Morgan Desjardins, is the clothed woman seen having her hair brushed by a naked Hill in one of the photos recently posted online by the DailyMail. Hill, Desjardins and Hill’s now-estranged husband, Kenny Heslep, reportedly engaged in a “throupling” relationship that ended over the summer, the New York Post reported.

Hill admitted earlier this month that her relationship with Desjardins was "inappropriate."

This story was reported from Chicago. FoxNews.com contributed to this report.