DETROIT (FOX 2) - "People can  flip on a dime, this situation was so quick and so crazy," Detroit Fire Union Chief Mike Nevin said, describing the dangerous scene his fire crew faced Saturday night.

They were called to Arizona Street for a man in his 50s who had a possible heart attack. When medics arrived they started CPR. But what played out next, was far from over.

Medics heard the violent assault and instead of going on the radio to alert the suspect, the man went outside and dialed dispatch.

"While they were doing CPR, an irate civilian started to punch the walls, wanted to see the victim and then it led to a pretty disruptive scene," Nevin said.

We're told 26-year-old Darius Calhoun was out of control - dragged a woman who was in the house at the time into a bedroom where he began stabbing her 15 times.

Calhoun is now wanted by police as a suspect in the stabbing. 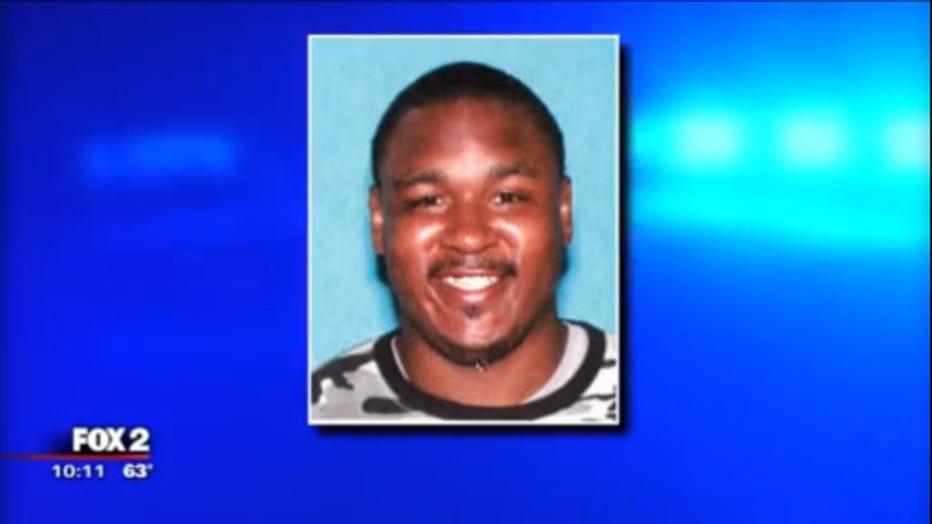 Medics heard the violent assault and instead of going on the radio to alert the suspect, the man went outside and dialed dispatch.

"It was a chaotic scene and everybody did what they could given the circumstances and how everything erupted at the time," said Detroit Police Cmdr. Tiffany Stewart.

Stewart says it took police six minutes to arrive at the scene. By that time the suspect took off and, having no way to protect themselves, Detroit Fire and EMS could do nothing to stop him.

"It's in the report this individual had blood on him, and looked like he was putting a weapon away, so our firefighters and the medics wearing their vests - that's all we have to protect us - kind of stepped aside and let him go," Nevin said. "They didn't know if he had any other weapons with him, and then he took off."

Detroit police actively searched for Darius Calhoun, who we're told is related to both victims. Both ended up dying at the scene.

As investigators interview witnesses and first responders, Nevin feels something more needs to be done to protect his crews - who are more times than not entering chaotic and violent scenes without the proper police protection.

"This is stuff that we're going to have to fix internally," he said. "I've got some super big issues here when we are in a situation like this, we don't have a secret code. We don't have a way to let central office know we are in danger ourselves, then they start repeating what is going on."