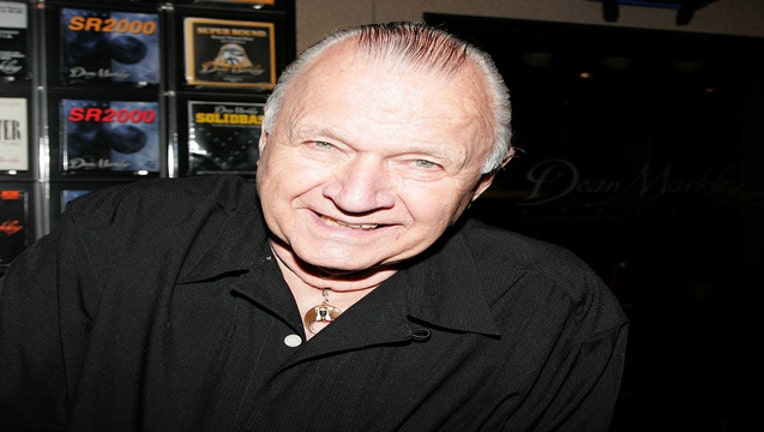 LOS ANGELES - Dick Dale, the "King of Surf Guitar," whose music was emblematic of Southern California's beach culture in the 1960s, has died at the age of 81, Dale's touring bassist Sam Bolle confirmed to the Guardian on Sunday.

It was unclear where Dale died, or what the cause of death was.

Dale is probably most famous for the song "Misirlou," which director

Quentin Tarantino used in the opening credits of his classic 1994 film, "Pulp Fiction."

He suffered from many health problems over the years, but was a frequent presence on the Southern California live music scene, and was scheduled to play concerts on May 31 at the Canyon in Agoura Hills, and July 14 at the Coach House in San Juan Capistrano.

Although he is credited with inventing an entire sub-genre of popular music, Dale was a relatively modest man.

"I'm not a guitar player," he said in a 2001 interview with The Riverside Press-Enterprise. "The guitar players are guys like Stevie Vai, Eddie Van Halen, these are guys that are really masters of their instruments. I'm just a master of just getting sound, if you want to call me a master of something. In fact, I just call myself a manipulator of sound."

CNS contributed to this story.