Florida Governor Ron DeSantis addressed supporters during his acceptance speech at a rally in Tampa. During the speech, DeSantis said Florida led the way in fighting the 'woke mob.'

Many conservatives put the blame on former President Donald Trump for the GOP's underwhelming midterm election results, which saw Trump candidates across the country failing to gain office.

Many conservative commentators took the election results as a sign it was time for the GOP to move on from Trump. Commentators argued that Trump had endorsed outlandish candidates who turned easy victories into close races, and close races into losses.

Others compared Trump's failure to secure wins across the country with the huge wave of support for Republicans in Gov. Ron DeSantis' Florida.

"All the chatter on my conservative and GOP channels is rage at Trump like I've never seen," Michael Brendan Dougherty, a senior writer at National Review, wrote on Twitter. "'The one guy he attacked before Election Day was DeSantis — the clear winner, meanwhile, all his guys are s---ing the bed.'"

"GOP Source tells me after tonight, with Trump candidates underperforming and DeSantis winning by double digits, 2024 is a "free for all," wrote RealClearPolitics reporter Phil Wegmann. "'Everybody in the water. If you want to take on Trump, he’s never been weaker.'"

"If DeSantis in Florida wildly overperforms all the handpicked and Trump-supported Republicans in other swing states (particularly if they *lose* close races), well then gosh that is going to be a fascinating new narrative that will be commented upon by positively no one," wrote attorney and National Review podcast host Jeffrey Blehar.

Of the races that have been decided as of Wednesday morning, Trump's endorsed candidates have won nine and lost eight, according to an analysis from Axios.

The poor performance of Trump's candidates comes just as he was reportedly attempting to ward DeSantis away from making a run for president in 2024. Trump unveiled the "Ron DeSanctimonious" nickname for the potential challenger last week to poor reactions. 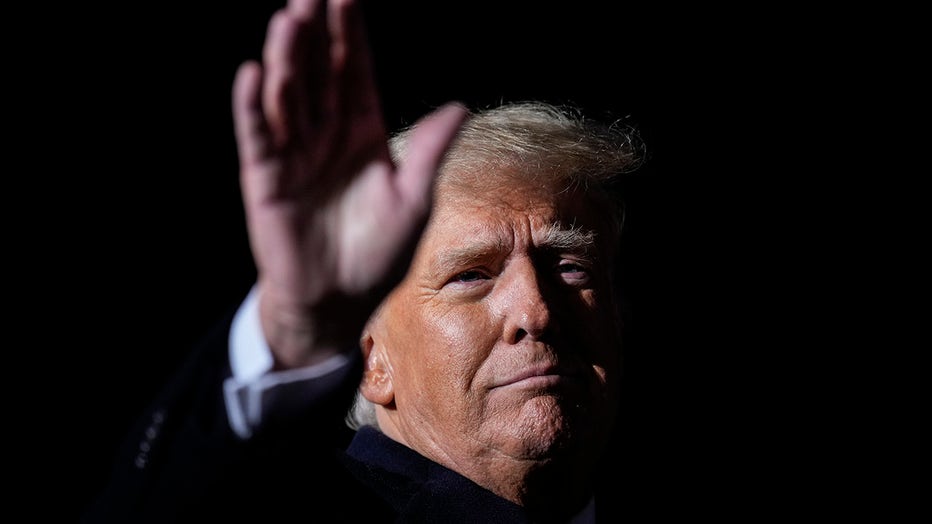 Former U.S. President Donald Trump waves at the end of a rally at the Dayton International Airport on November 7, 2022 in Vandalia, Ohio. (Photo by Drew Angerer/Getty Images)

The former president also warned DeSantis that a 2024 run could hurt him "very badly" on Tuesday.

"Any of that stuff is not good — you have other people that possibly will run, I guess," he added. "I don’t know if he runs. If he runs, he runs."

Trump confirmed to a gaggle of reporters in Palm Beach, Florida, that he had cast a vote for DeSantis.

LINK: GET UPDATES ON THIS STORY FROM FOXNEWS.COM