SALEM TOWNSHIP, Mich. (FOX 2) - One person has died in a rollover crash on M-14 in Salem Township Wednesday morning and several others were rushed to the hospital.

Michigan State Police say the crash happened around 5 a.m. on eastbound M-14 near Gotfredson. Multiple cars were involved but police didn't have information yet on what caused the crash. 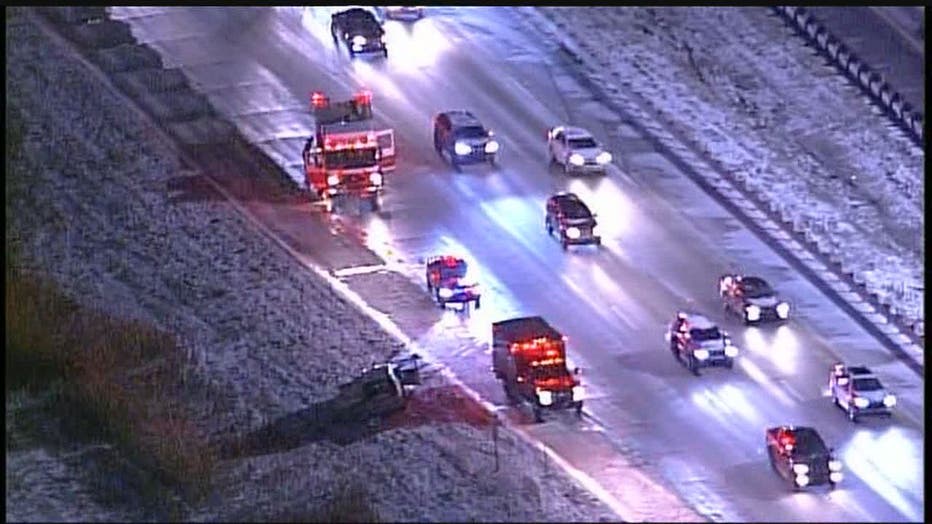 We're told one person was killed and four others were taken to the hospital in stable condition.

The road closure caused big delays in the area. M-14 reopened at Ford Road at 10 a.m.