DETROIT (FOX 2) - An 11-year-old girl is using proceeds from her snack bar to help a family friend battle a devastating disease.

The mother of the young man living with this disease says she watched her son wither away because of it, losing 40 pounds in a month and a half. A preteen is helping make it happen.

Every Monday through Thursday at the corner of John R and Harper in Detroit you'll find Maddie's Snack Bar ran by 11-year-old entrepreneur Madison Young who is raking in the bucks just to give them away.

Every Monday through Thursday at the corner of John R and Harper in Detroit, you will find Maddie's Snack Bar ran by 11-year-old entrepreneur Madison Young who is raking in the bucks just to give them away.

"It's inspiring to see her at such a young age to have such initiative, especially to help someone else," said Mardell Young, Madison's dad.

That someone is 22-year-old Shane McLean. He was diagnosed with gastroparesis in April. It is a disease that prevents your stomach from digesting food and emptying properly according to the Cleveland Clinic.

"It's an overwhelming thing," McLean said.

"He was constantly throwing up, throwing up and I mean violently, like something (out of) the exorcist," said Deshunda Keith, Shane's mother.

Shane's mother and Madison's mom are good friends, so much so that Madison calls Shane her big cousin. 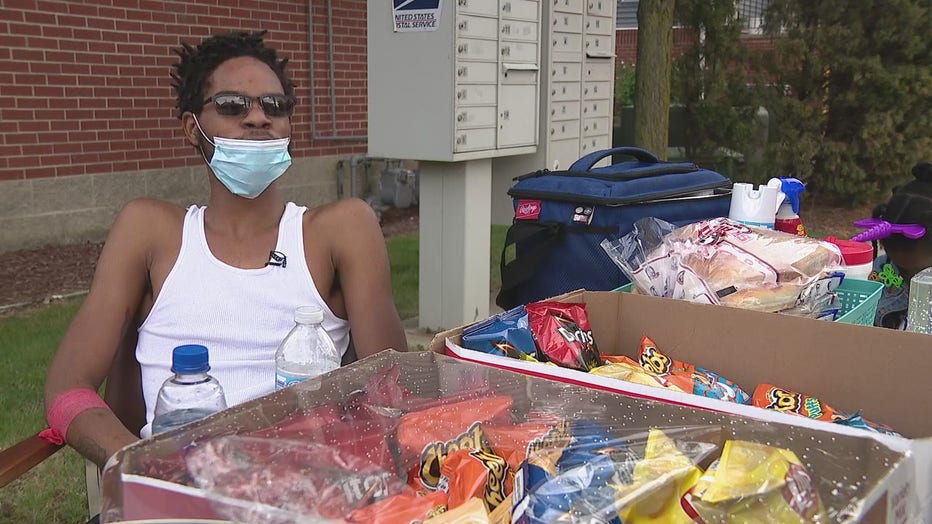 She knew he was having a tough time with the rare disease, that the medical bills would stack up - and that his mom and siblings wanted Shane to receive treatment from the Mayo Clinic.

So she decided to donate every single dollar she earns from her snack bar to help.

"I told my mom that we should donate money. Like help out with the proceeds," said Madison.

That generosity is becoming contagious. Customers are spending and donating a bit more.

A GoFundMe account has raised more than $5,000 in two days. Shane is grateful for all of it, the kindness of strangers and friends that are more like family. If you'd like to donate to Madison Young's GoFundMe, you can find it here.

"A child giving away things that she wanted to go do for someone else, there's not a lot of kids like that. There’s not a lot of people like that," McLean said.

"I want him to be happy and I don't want him in pain anymore," Madison said.

Maddie's Snack Bar is open from 3 p.m. to 7 p.m. Monday through Thursday. 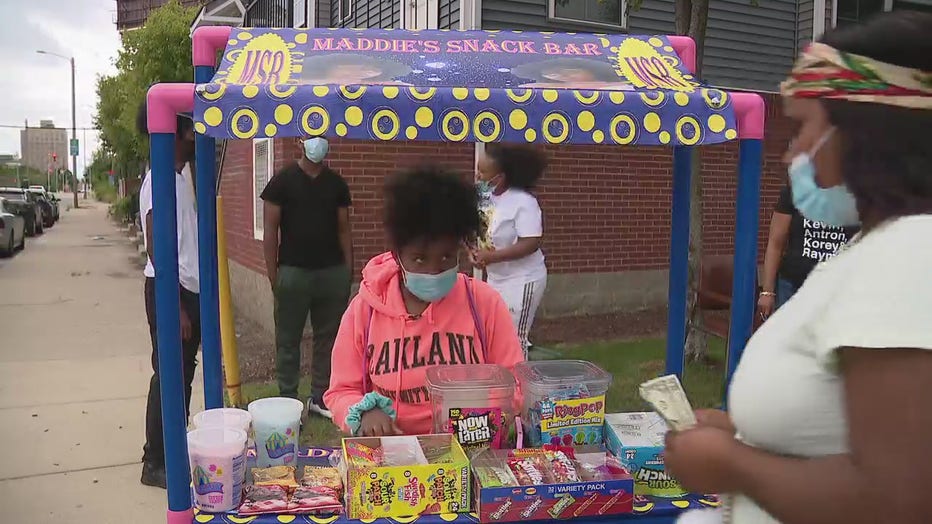 Madison Young at her snack bar.