DETROIT (FOX 2) - A car crash has shut down I-96 east bound in the express side of the freeway after the Southfield interchange Tuesday night.

The crash is a three vehicle injury accident involving a semi-truck. Police expect the freeway to be closed until at least 11 p.m. State police say that a man was critically injured after being ejected from his vehicle.

All lanes are blocked at this time. 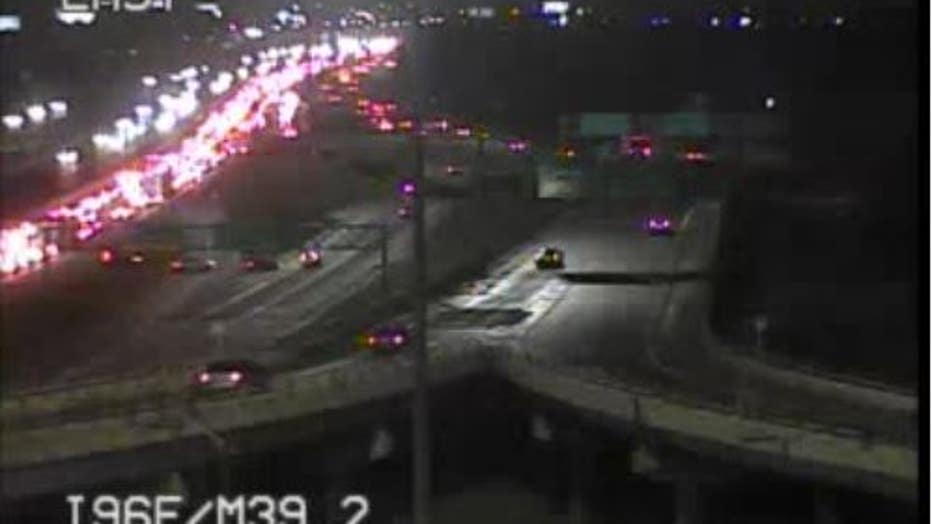