Appeals court lifts block on $3.6B in military funds for wall

The ruling lifted a lower court’s order blocking the Trump administration from using the funds along the southern border.

NEW ORLEANS - A federal appeals court on Wednesday lifted a lower court’s order blocking the Trump administration from using $3.6 billion in military construction funds on a wall along the U.S.-Mexico border.

Briones’ decision came after the El Paso County and Border Network for Human Rights sued the Trump administration on Oct. 11.

Wednesday’s 2-1 ruling was reportedly divided along party lines, with two Republican appointees voting to temporarily lift the lower court's order and a Democratic appointee dissenting. The panel noted that the U.S. Supreme Court had stayed a similar injunction last year to allow Trump to begin using military funds for the border wall.

“Although I agree with my colleagues that this matter presents ‘a substantial case on the merits’ and involves a ‘serious legal question,’ I am unable to agree, without focused panel deliberation and discussion — possibly aided by dialogue with counsel — that the government presently has shown either a likelihood of success on the merits or irreparable harm in the absence of a stay,” Judge Stephen Higginson wrote in his dissent.

The ruling also said there was a “substantial likelihood” that the parties challenging the funding transfer lacked standing to sue the Trump administration.

Last February, Trump declared a national emergency to free up funding for a border wall, a central piece of his 2016 campaign. 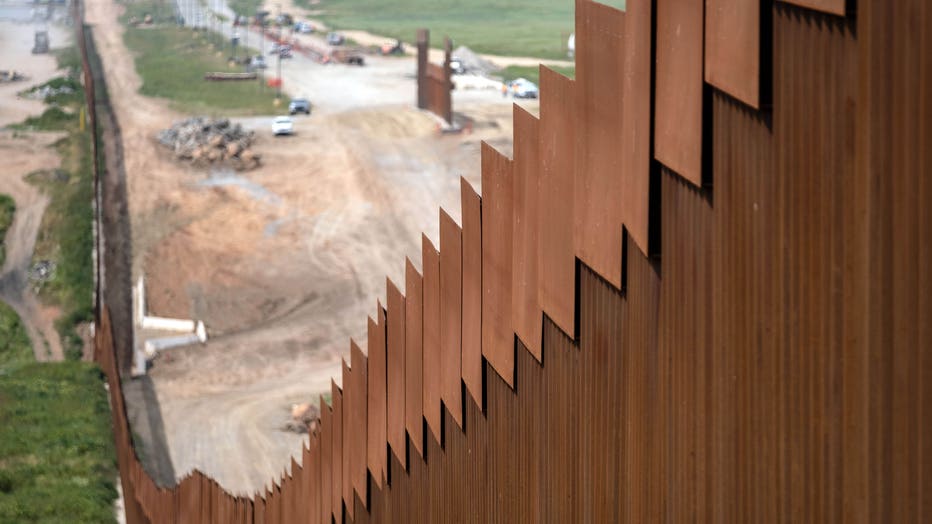 A section of the U.S.-Mexico border wall seen from Tijuana, Mexico, on March 26, 2019. (Photo credit: GUILLERMO ARIAS/AFP via Getty Images)

"The Fifth Circuit Court of Appeals just reversed a lower court decision & gave us the go ahead to build one of the largest sections of the desperately needed Southern Border Wall, Four Billion Dollars. Entire Wall is under construction or getting ready to start," the president wrote.