FOX 2 - A warrant has been issued for the arrest of Justin Hudson, a guy who's been labeled a fugitive by the Michigan Attorney General's Office.

Justin Hudson advertised on his website that he was a licensed builder. Wolchek even caught the guy on undercover camera admitting to a prospective customer that he was licensed.

Wolchek: "Who was the licensed contractor on the job?"

"There isn't a licensed contractor on the job," Justin Hudson said. "I did the job."

Justin Hudson advertised on his website that he was a licensed builder. Wolchek even caught the guy on undercover camera admitting to a prospective customer that he was licensed.

Recording: "So you guys have all the licenses you need and everything?"

Wolchek introduced you to several customers who hired Hudson to fix their homes and say the work was bad.

But, perhaps the saddest case was this one: Tony and his girlfriend Toni sunk their retirement money into restoring their Waterford home.

They paid Hudson check after check as Hudson destroyed what was to be their dream home.  In total, Justin Hudson took more than $130,000 of Toni and Tony's money and walked off the job. 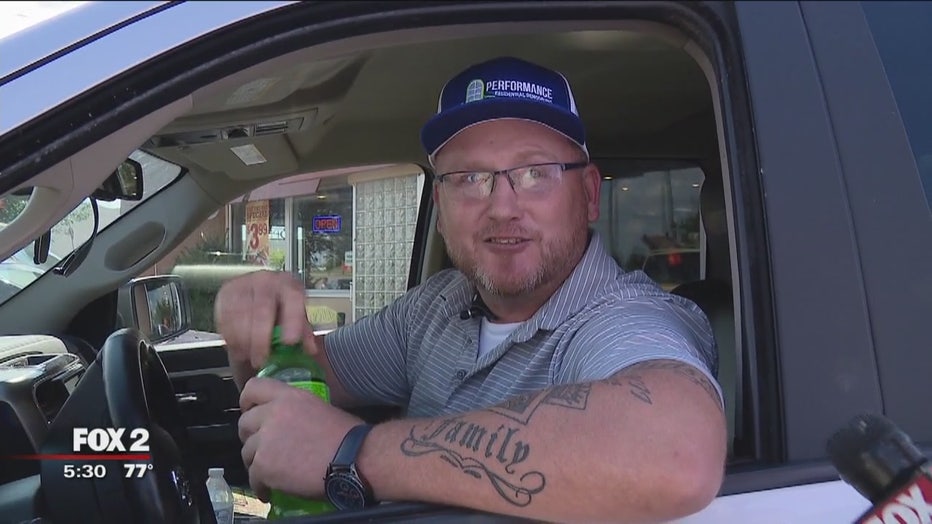 And that time is now.  The Michigan Attorney General's Office used excerpts from Wolchek's Hall of Shame story in their complaint against Justin Hudson - charging him criminally with working as an unlicensed residential builder.

Justin Hudson has been urged to turn himself in. But these warrants were issued in July and that hasn't happened yet.  Maybe this story will help convince Justin Hudson to do the right thing. 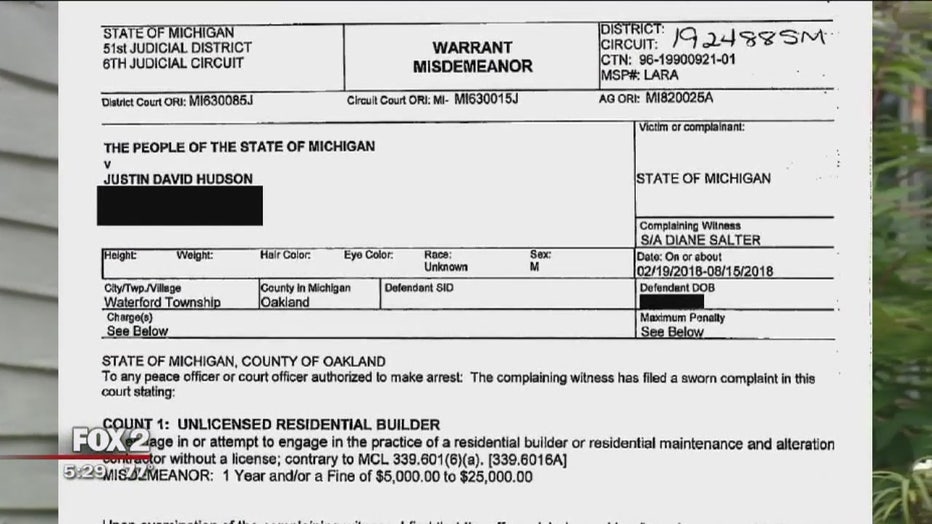