Some hospitals are even weighing in some cases whether to reschedule elective surgeries - it’s a discussion that’s being had around Metro Detroit.

FOX 2 - Every two seconds someone in the US needs a blood transfusion. The Red Cross said Thursday that demand is outpacing donations by about 10 percent.

Some hospitals are even weighing in some cases whether to reschedule elective surgeries - it’s a the discussion that’s being had around here.

Fletcher says a decreased supply of blood and increased use across the country is creating the blood shortage. He said his hospital system is having to make tough calls.

"We have had chances where we’ve had to delay certain types of cases," he said. "Particularly right now, Type O blood is very low. We review the surgical schedule on a daily basis to look at patients with Type O blood are scheduled for surgery and then potentially canceling or delaying those cases - as you mentioned - particularly elective cases."

The American Red Cross has seen a 10 percent deficit. Every summer their donation numbers dip, but this year the situation is worse.

"Donors don’t show up in the same numbers they usually do and that’s typically due to people going on vacation, getting ready for back to school," said Meghan Lehman, Red Cross. "This is a little different, we think it’s maybe the lingering effects of the pandemic."

"A lot of times donor centers are set up in mobile drives, places of business, at schools, places of worship due to the pandemic," said Fletcher. "They haven’t been able to do the collections with the regularity that they would like."

He says another issue is increased blood use in the hospital setting - delaying medical procedures during the height of the pandemic is now having its effect.

"They’re coming in with more advanced stages of disease, that may require more transfusions at this point," Fletcher said.

Henry Ford Health System tells FOX 2 they too, are low on blood like many hospitals nationwide.

Its blood supplier Versiti has been experiencing shortages of certain blood products, especially O positive and O negative, for quite some time. 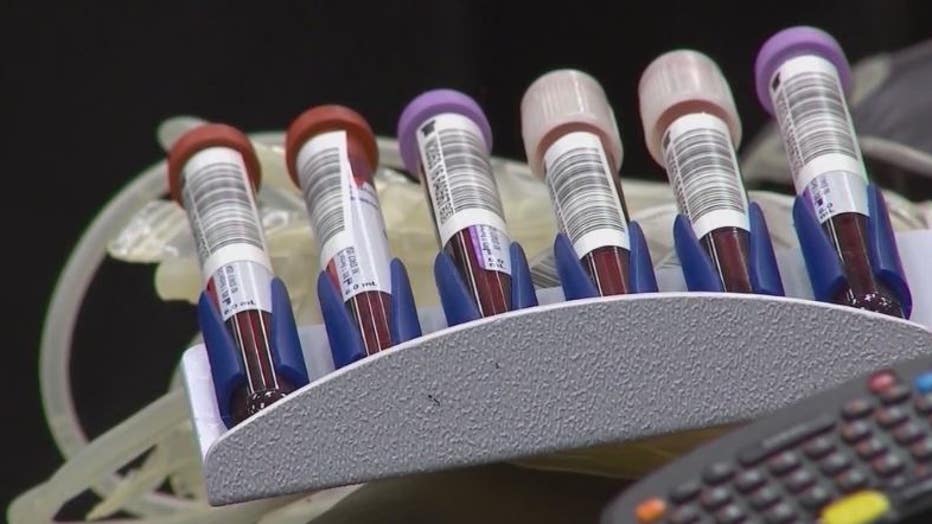 They say staff there also looks at surgery schedules to ensure they have enough blood, and they "are concerned about cases that could require high volumes of blood, including trauma, car accidents and transplants."

Twice a month Henry Ford hosts blood drives for Versiti, the biggest supplier in the Midwest. They encourage people to donate there or at any drive.

The Red Cross is another option, head to Redcrossblood.org for more information.