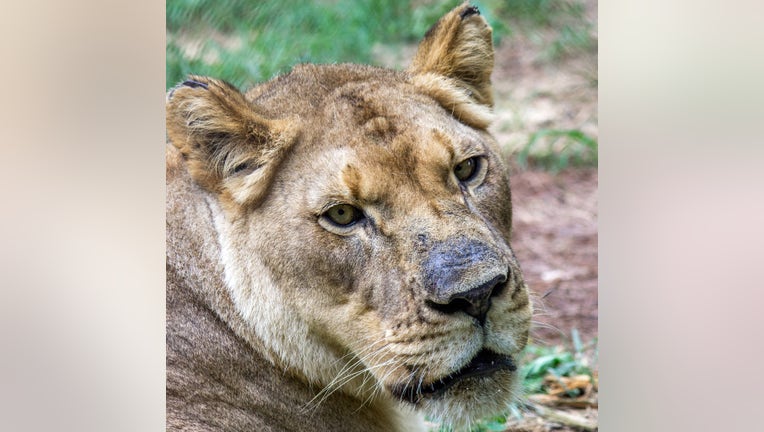 BIRMINGHAM, Ala. (AP) - A female lion was fatally injured while being introduced to a newly acquired male companion at the Birmingham Zoo in Alabama, officials said Tuesday.

Akili, who was born in 2005 in Colorado Springs, Colorado, and had been at the Birmingham Zoo since 2007, couldn’t be saved after being injured by a lion named Josh, who had been at the zoo since April.

The slow process of introducing the two lions to each other had begun previously, the zoo said in a statement, and Akili was badly injured within minutes of a meeting on Monday.

"Animal introductions are always risky because wild animals can be unpredictable and we cannot control their interactions," said Hollie Colahan, the zoo’s deputy director, in a statement.

Nearly 3,800 animals are critically endangered, according to the International Union for Conservation of Nature (IUCN)'s Red List.

The introduction was done on a day the zoo was closed so no visitors were present, said Jennifer Ogilvie, a spokeswoman.

"Josh is fine and will continue to receive the excellent care he always receives," she said.

Josh was brought to the zoo as replacement for another male lion that died in 2021, the statement said. Dozens of people expressed sorrow over Akili’s death in response to an announcement by the zoo on social media.

"How devastating. She was a beauty!" one person wrote.