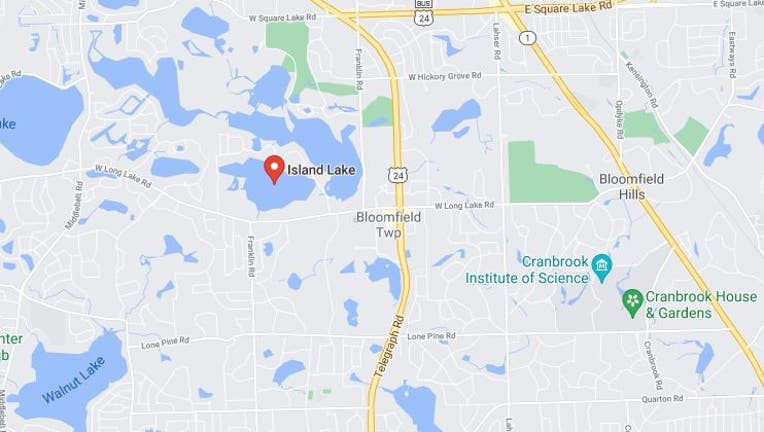 BLOOMFIELD TOWNSHIP, Mich. - Bloomfield Township police say they have located the body of a woman who went missing while canoeing on Island Lake Thursday night.

Around 8 p.m., police got a call about a missing person who had disappeared while canoeing on an inland lake near Long Lake and Franklin Road.

Bloomfield Township police were out until 1:30 a.m. before Oakland County sheriff deputies got involved, bringing in divers and a drone to assist.

According to police, the woman was with her caretaker who had been watching her from the shore. At one point the caretaker lost sight of the woman before reporting it to police.