CHESTERFIELD, Mich - Fire crews spent hours trying to put out the flames after flames rip through a Chesterfield Township home. The Chief here says thankfully no one was hurt.

Fire crews spent hours trying to put out the flames after flames rip through a Chesterfield Township home. The Chief here says thankfully no one was hurt.

Saturday night date night for a couple living in what was this home off Sass Road near 23 Mile Rd. While they were out, flames started shooting through the roof.

“Homeowners are devastated as you can expect but we are working with them and they are being cared for,” Bradley A. Kersten said, Chesterfield Township Public Safety Director. 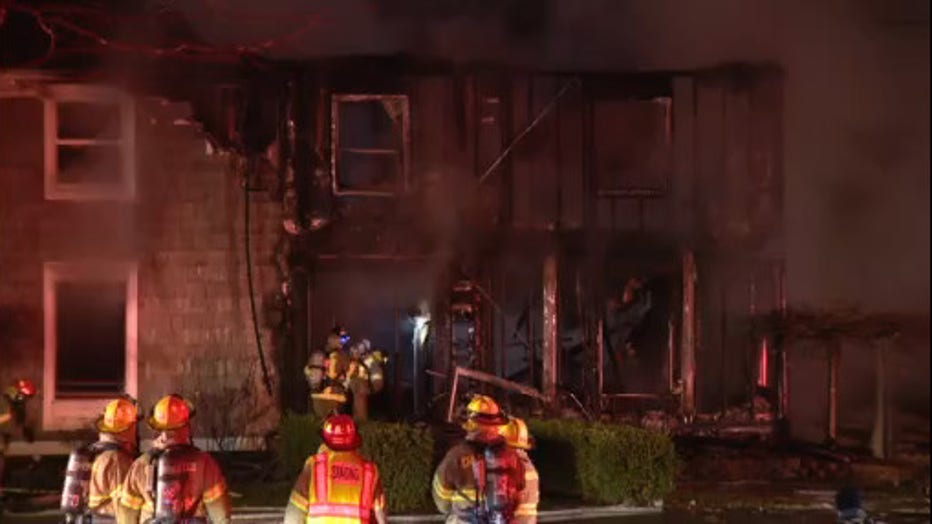 Chesterfield Township Fire and mutual aid rushed to the scene, a fully engulfed fire. No people or pets inside when the flames sparked.

Public Safety Director Bradley A. Kersten on scene says there was ammunition in the home that was discharged from the heat…causing firefighters to take added precaution.

“It’s been a defensive attack for the firefighters since they arrived,” Kersten said.

He tells FOX 2 there is no reason to speculate something suspicious here.

“They haven’t even gotten to a cause or origin,” he said.

Kersten says a fire this destructive is something they haven’t seen in a while – a reminder to take your own precautions at home.

“You always have to be prepared, putting fire extinguishers and smoke alarms through the house,” Kersten said.

Once the fire is out and it’s safe to go inside – fire investigators will go in and work to determine a cause.