DETROIT (FOX 2) - One paint stroke at a time, these young Detroiters participated in making a statement on Woodward Avenue, that millions of people will see.

"We feel great to be out here making history being chosen specifically to do this," said Earneasha Bayers. "Ride up the street, hey I did that."

City of Detroit paints mural on Woodward ‘Power to the People’

On Woodward Avenue between Larned and Congress downtown, a timeless message of unity was painted Wednesday.

The city of Detroit already had plans in the works so everyone joined forces and came up with this: "Power to The People" on Woodward between Larned and Congress.

We first introduced you to the youth empowerment group Detroit Heals Detroit last week. They made it known they wanted to paint a mural on a city street like the Black Lives Matter murals in Washington, D.C. and in other cities across the country.

"Power to the people, not just power to one type of ethnicity, it's everybody we're all together, we are all powerful," said Kristian Matthews.

Thirty artists submitted designs. When the young people chose this one, they had no idea who came up with it.

"This one from the renowned artist Hubert Massey, was something that spoke to the fights of the 60s, which is what all these protests around the world look like a little bit now," said Rochelle Riley, director of arts and culture for Detroit. "It also speaks to the future of these kids who are going to have to carry that fight forward." 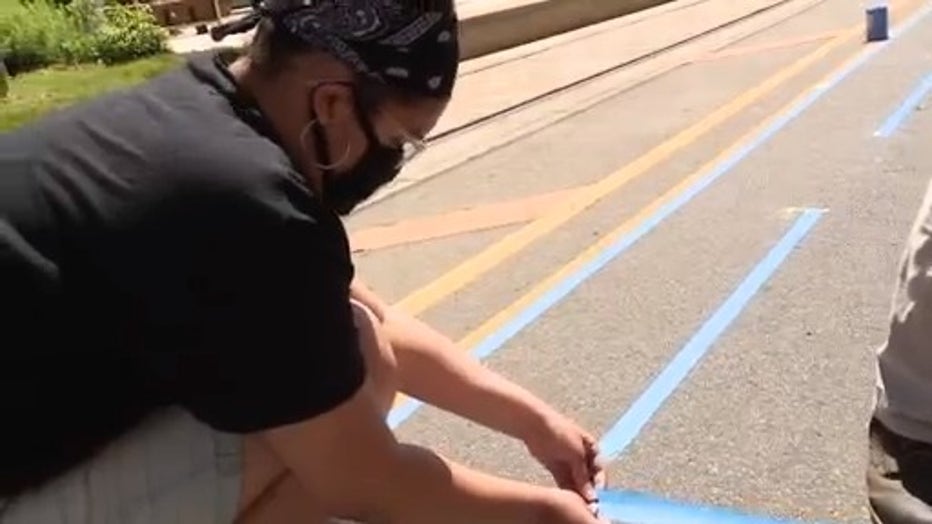 Decades later, "power to the people" is still relevant.

"It still says that people are trying to empower themselves, about equal rights and about equal opportunities," Massey said. "So it has a real strong meaning, yes."

The painting of the mural coincides with the Juneteeth holiday on Friday.

"Official and legal slavery ended in 1865, and it celebrates when the enslaved in Galveston found out they were free, which was of course two years after The Emancipation Proclamation," Riley said. 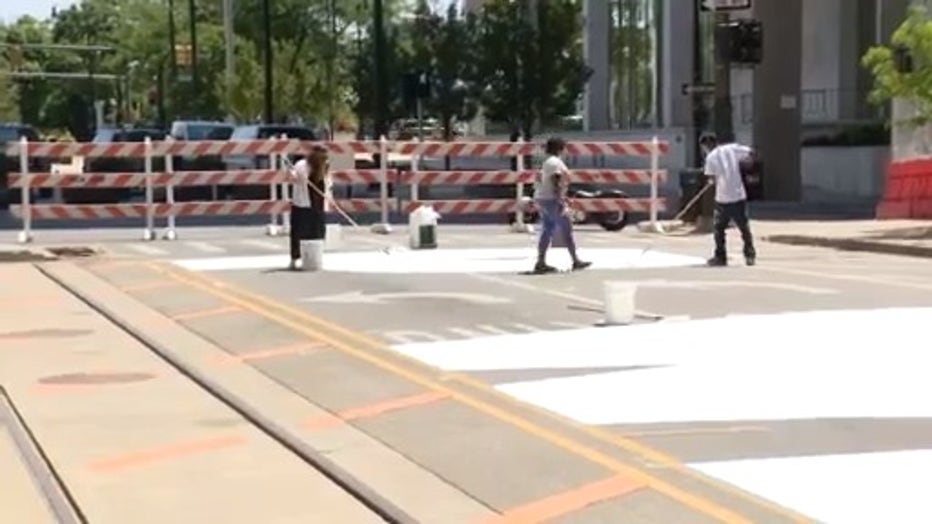 For 14-year-old Olivia Jones helping painting this mural is something she will never forget.

"Being able to come together for the same cause and being able to have that power that we need," she said. "That our voices are heard and we are not just going to be silenced, we will be heard."

"In the 1960s who really stepped up the game in the movement? It was a lot of the kids, the young folks did that," Massey said. "In 2020 it's the young folks again that's doing it." 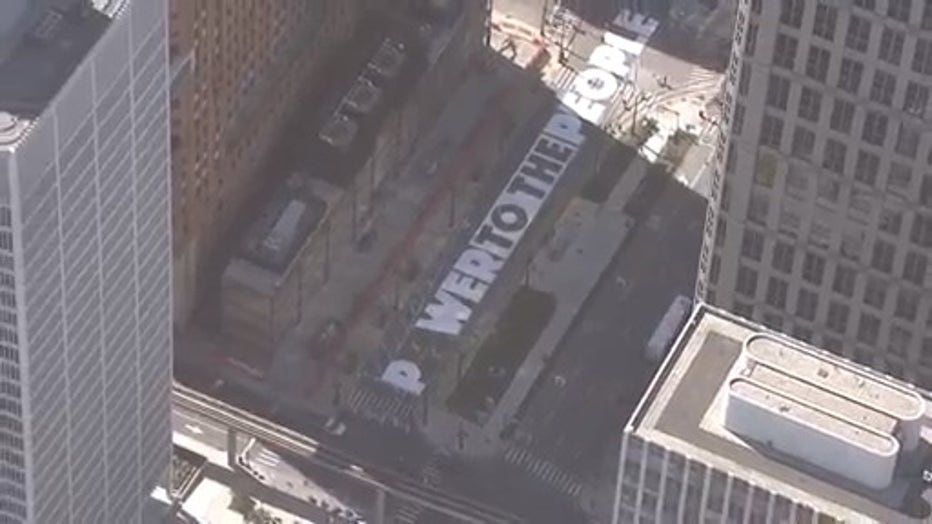