KENT COUNTY, Mich. (FOX 2) - Eames and Ellison Myers were born January 11th nearly two months premature. Parents Tammy and Jordan couldn't have been more excited to hold their twins for the first time, but it was also a very emotional conflicting moment.

"I remember holding Eames and just sobbing," said Jordan Myers. "I know that I'm his father even though the state of Michigan doesn't see it that way."

But under the Michigan Surrogacy Act of 1988 - surrogacy contracts are void and unenforceable. Under the law in Michigan, Tammy and Jordan aren't recognized as the twins' legal parents.

Eames and Ellison are biologically the Myers' children but because of health reasons, a gestational carrier carried the twins and gave birth to them.

But under the Michigan Surrogacy Act of 1988 - surrogacy contracts are void and unenforceable. Under the law in Michigan, Tammy and Jordan aren't recognized as the twins' legal parents.

Two separate Kent County judges assigned to the case have denied the Myers' requests to obtain legal rights to their babies.

"It's the judge's job to interpret the law and because it is not clear and has not been updated, there isn't an easy path for judges to make," said Tammy Myers, their biological mother.

And now in a bizarre twist, the Myers' attorney says they are in the process of adopting their own children.

"It's really hard for us to comprehend, I really didn't think it would get to this point," Tammy said.

"It's been really difficult to try and wrap our heads around this - how this could even happen," Jordan said.

The reason why the Myers decided to use a gestational carrier, dates back nearly six years. 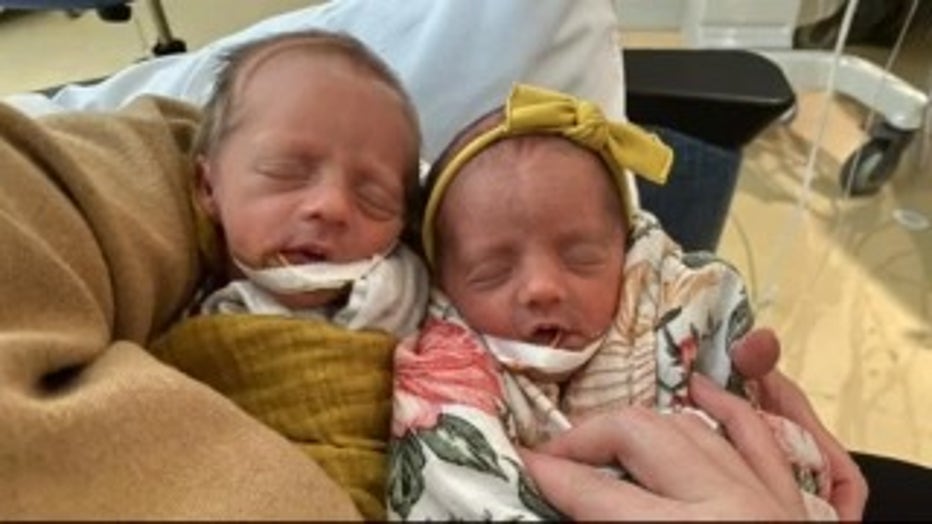 At just 33 years old, Tammy was diagnosed with breast cancer. She went through countless radiation treatments, surgeries and chemotherapy.

Tammy's cancer eventually went into remission but she learned the heartbreaking news that she wouldn't be able to have any more children.

Fast forward to 2019, and the Grand Rapids couple started exploring the option of surrogacy on Facebook. It's there where they met Lauren Vermilye.

"Honestly we're in awe of anyone who would bless our family with a gift like this," Tammy said.

Vermilye offered to be a gestational carrier for Tammy and Jordan. Tammy's frozen eggs were artificially inseminated with Jordan's sperm. The embryos were placed in Vermilye's uterus. 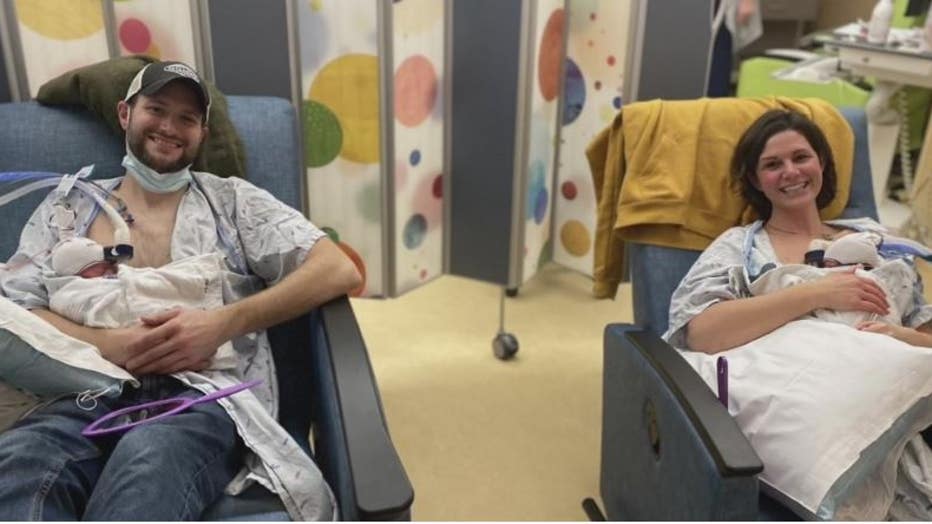 Lauren, who is married and has her own children, did not accept any payment to be the Myers' gestational carrier. She said this was a gift she wanted to give them.

"It was a conversation my husband and I had that we would be willing to help somebody out. if they needed somebody to carry a child," she said.

But because she gave birth to the twins she is listed as the mother on their birth certificates and her husband -- Jonathon -- is listed as the father - even though Tammy and Jordan are the biological mother and father.

"It feels like we're back in the 1950s when this was not possible at all. It's 2021 and the laws have not kept up with science, at least not in Michigan," said Vermilye.

The Myers' say they knew there were going to be challenges with having a surrogate, but they didn't imagine it would be this difficult.

"We both believed it would be more of a formality, we looked at it as an extra expense, not as a legal battle, " Tammy said. 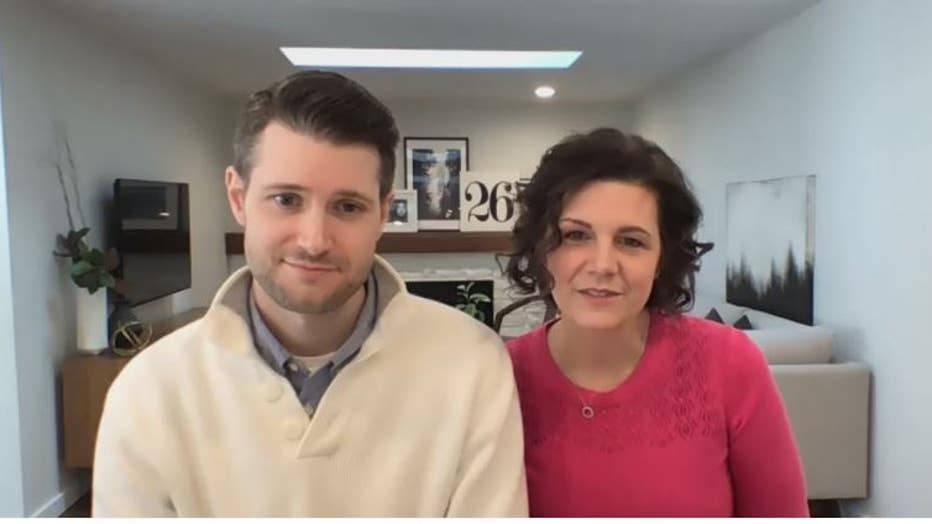 Tammy, Jordan and Lauren are sharing their story because they want to get the law changed and they don't want anyone else to go through this.

"This out-of-date law is tearing families apart taking joy end excitement at a time we should be celebrating," Tammy said.