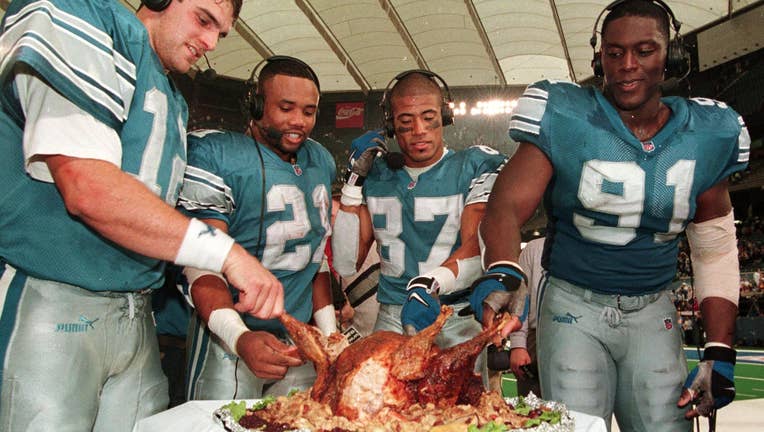 DETROIT (FOX 2) - The Detroit Lions are celebrating their 80th anniversary playing on Thanksgiving this year, so how did this tradition come about?

Since 1934, the boys in Honolulu blue have been hitting the field as we stuff our faces with turkey and gravy.

We take a look at how this tradition came about and some memorable moments over the years.

Gather around the fireplace, kids. In 1934, Detroit radio executive George A. Richards bought the Portsmouth Spartans for a measly $8,000 and moved the Ohio franchise to Detroit.

That year, Richards established the Lions Thanksgiving Day game as a gimmick to attract fans. Because he was a big-time radio executive, he convinced NBC to air his games live.

However, there were no Lions Thanksgiving games between 1939 and 1944. Between 1939-40, President Franklin Roosevelt moved the holiday to be celebrated a week earlier, hoping it would bolster retail sales during the tail end of the Great Depression. The controversial move was dubbed Franksgiving and only half of the country participated, making scheduling Thanksgiving games tricky.

And after that, no games were scheduled due to World War II. The annual tradition returned in 1945, and the Dallas Cowboys wouldn't begin playing their series until 1966.

Beginning in 2006, a third game would be played on Turkey Day -- this one played in primetime. NFL teams take turns hosting starting with the Kansas City Chiefs in what was called the "Thanksgiving Tripleheader" tradition. 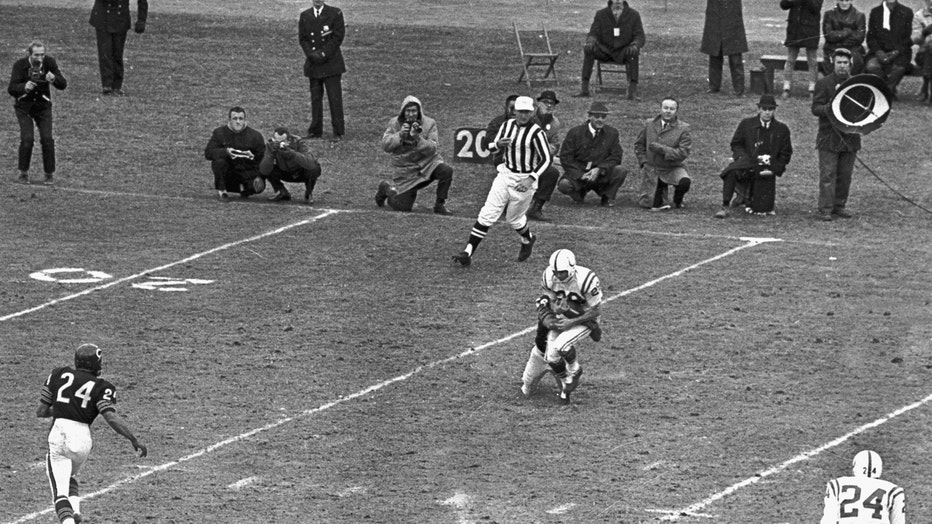 (Original Caption) Baltimore Colts' quarterback Johnny Unitas struggles to hold the ball as a host of Detroit Lions tacklers threw him for an 8-yard loss during the 3rd quarter of 11/25 Baltimore-Detroit game. Detroit's (#55) linebacker Wayne Walker

- 1962: The Lions took down the reigning Super Bowl champions -- the undefeated, 10-0 Green Back Packers in what was nicknamed the Thanksgiving Day Massacre. Detroit won 24-16 and quarterback Bart Starr was sacked a total of 11 times. http://www.nfl.com/videos/nfl-videos/0ap3000000745269/6-Thanksgiving-Day-Massacre

- 1967: The Lions defeated the Buffalo Bills 27-14 in the same game that O.J. Simpson set the league record for most rushing yards in a single game (273 yards).

-1998: A controversial game, the Lions and Pittsburgh Steelers game went to overtime at 16-16. Pittsburgh's Jerome Bettis apparently tried to call both heads and tails while the coin was in the air during the toss, so the Lions were awarded the ball. Detroit kicked a field goal and won the game, 19-16. It was such a FIASCO that two rules were changed -- team captains have to call heads or tails before the coin is tossed, and teams can't automatically win a game by kicking a field goal on the first possession.

- 2012: The birth of the Jim Schwartz Rule. The Lions were facing the Texans and former Lions head coach Jim Schwartz challenged a play in which running back Justin Forsett's knee clearly touched the ground just before he ran for an 81-yard touchdown. Scoring plays are automatically reviewed, and the Lions were penalized 15 yards for the improper challenge. This rule was later changed -- if a coach challenged a play that was going to be reviewed anyway, it would simply continue being reviewed. No penalty. 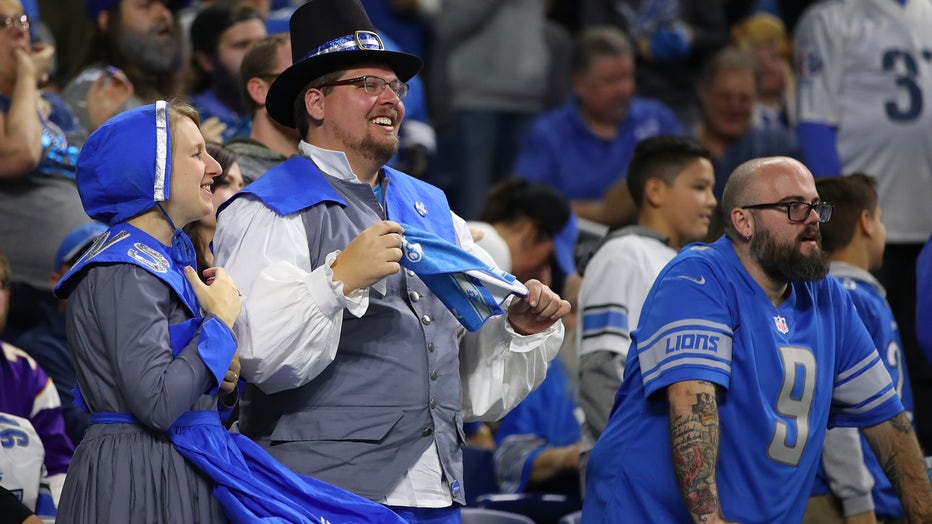 Here’s a full list of how the Lions have fared on Thanksgiving Day since 1934: