DETROIT (FOX 2) - The technology that makes the magic happen at the new Pistons performance center in Detroit is shiny, new and faster than it's ever been.

"Duel 10 Gb connections that are not just fast enough to support everything the Pistons are doing from a technology perspective today but well into the future as well. 10 gigs is just a start," said Marc Hudson, co-founder and CEO of Rocket Fiber. "We can upgrade that to 100 gigs and beyond."

The Detroit Pistons are entering a new age of technology with an upgrade in their digital infrastructure. With the help of Rocket Fiber, the franchise hopes their tech will help guide more informed decisions during and after the game.

That's 100 gigs of speed so that coaches and management can analyze statistics and make major decisions both in the game that's being played and also long term decisions.  Rocket Fiber, the 5-year-old company that's committed to making sure residential and business customers have the fastest internet speeds, is now with the assist to the Pistons.

"You're a professional sports team, you are watching and cutting a lot of video. All of that requires a lot of bandwidth so that's what rocket fiber does and does well,"  Hudson said.

"They gather information from statistics on the game to any number of facets that they used to inform their decisions on player management," said Chris Pittenturf.

Pittenturf is the senior vice president of IT and analytics for the team.

"You don't know what you don't know yet. You want to be flexible and adaptive and be able to adjust carefully without having to invest a significant amount of capital into the infrastructure just to be able to do your business," he said. "So by having a partner that can scale with us and grow, that was just key." 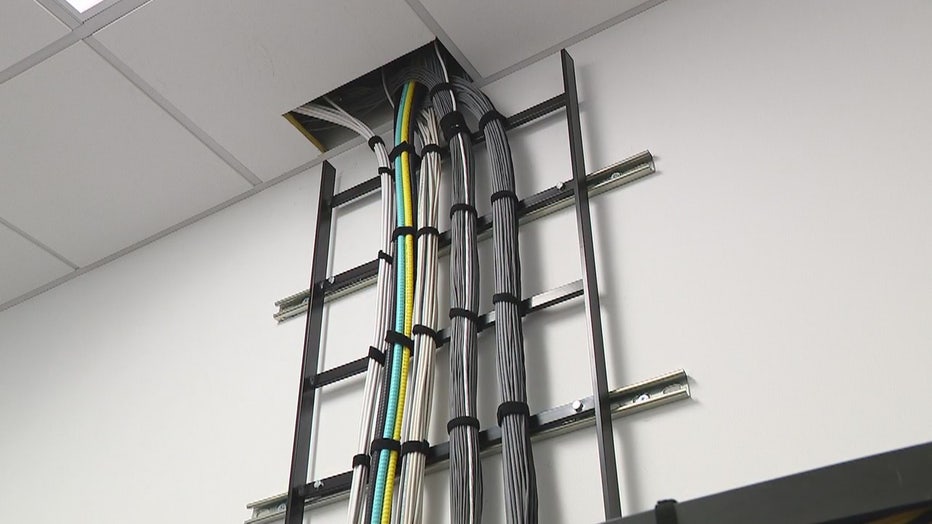 The super high speeds helping in every effort, from the court to the in-house studio - also a part of the Pistons new practice facility. It's a long way from the days of the Palace of Auburn Hills when they first opened in the early 90s.

"That time you talking about telephones and typewriters, right? Fast forward 30 years and you're talking about high-speed networks with more mobile devices, hundreds are connected at any given moment," said Pittenturf.