Demonstrations wrapped up after nearly six hours finishing at 10:30 p.m. outside where it began, Michigan Avenue and Third at the Detroit Public Safety Headquarters.

Police once again waived the 8 p.m. curfew as long as things remained peaceful with the protest, held to honor George Floyd who was killed at the hands of a white Minneapolis policeman.

Hundreds walked through neighborhoods with police escorting them while there were no sign of outside agitators who provoked confrontations with police last weekend.

Watch the video for more about tonight's march and hear from those who took part. 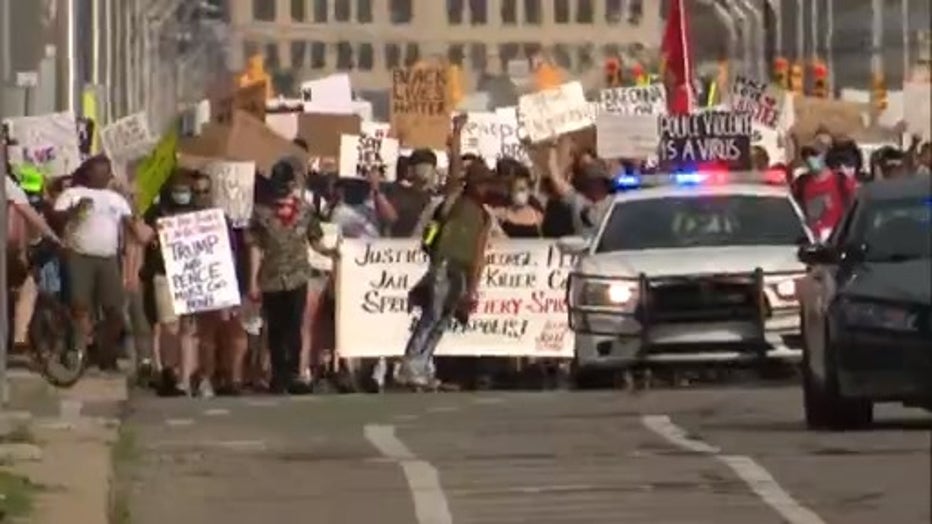