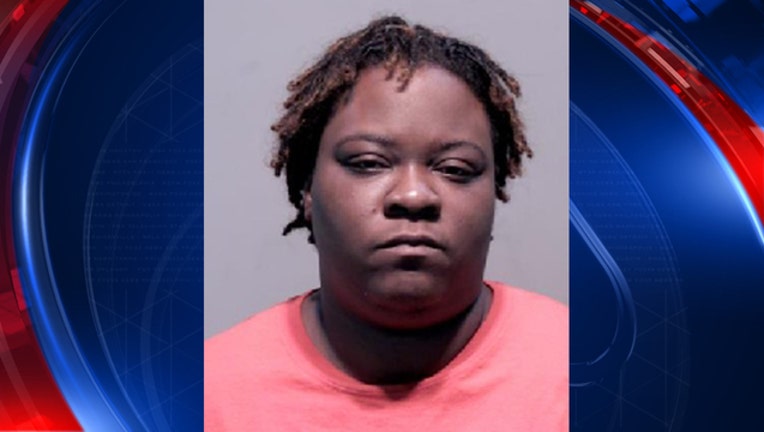 DETROIT (FOX 2) - A woman is facing nine for allegedly shooting her own wife 11 times when she said they should get a divorce.

Tiffany Wallace was arrested for shooting her wife of 12 years, Airrion Wallace, on Monday morning. She said she had said they needed to get a divorce.

"Because I can handle a lot of things but I cannot handle infidelity,"  Airrion told FOX 2.

She said that's when her wife snapped.

RELATED: Detroit woman survives being shot 11 times by wife: 'She emptied the clip'

Airrion said somehow she made it out of the house conscious.

"I had to gather as much strength as I could, to get down my stairs and get outside, because the neighbors had heard it," she said. "As soon as I opened the door there was already people out there. I said, 'Please can you call the police.'"

Police arrested Tiffany Wallace in front of their home, and say Tiffany told them the shooting was done in self-defense.

She was charged with assault with intent to murder, assault with a dangerous weapon, domestic violence, carrying a concealed weapon, three charges of felony firearm, discharging a weapon in a building and interfering with a crime report.

"She wanted me to die because she has always felt if she can't have me, no one can have me," Airrion said.

The family of Airrion Wallace has started a GoFundMe Account to help with the cost of medical bills. WARNING: there are some graphic photos that the family included on the GoFundMe site.