DETROIT (FOX 2) - There are so many demonstrations happening in this moment of racial reckoning to further social justice.

There are so many demonstrations happening in this moment of racial reckoning to further social justice and Detroit took part Friday.

FOX 2: "Do you think the Democrats may have missed an opportunity to really do something more and maybe cooperate with the (Sen. Tim) Scott (R-South Carolina) criminal justice reform legislation?"

"The proposal that came forward from the Republicans set such a low bar, that should never be the starting point of any negotiations," Peters said. "It is why folks all across Detroit, and I've talked to pastors all across Detroit, said don't settle for anything that low."

Tlaib weighed in on the importance of demonstrations like today's.

"We have $297 million going to police, while only $8 to 9 million is going to health and human services in the city of Detroit," Tlaib said. "And again, this is an 85 percent Black city. I just can't stay on the sideline when I see injustice like this." 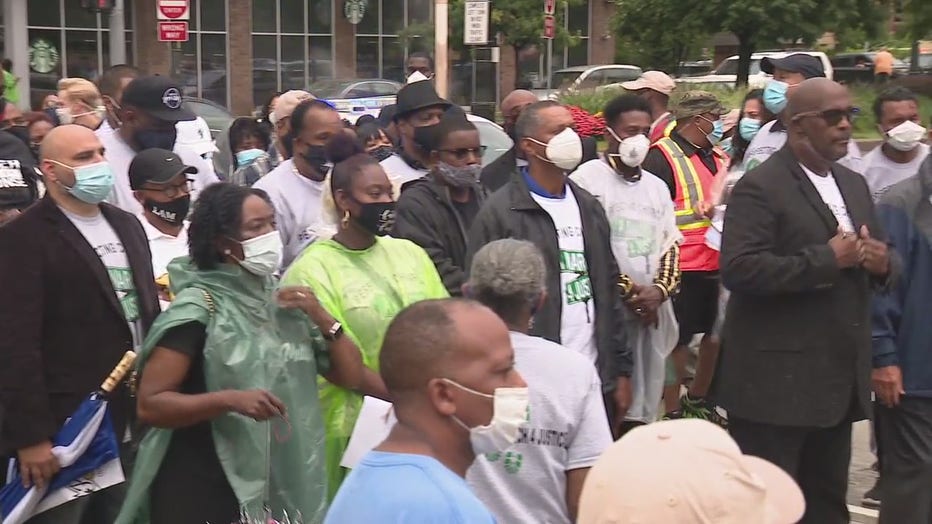 It is being dubbed a united walk of peace, equality, and hope. August 28th is the 57th Anniversary of the March on Washington and the echoes of the historic march here was undeniable.

"I repeat what Dr. Martin Luther King said, 'Injustice against anyone, anywhere, is an injustice to everyone, everywhere,'" said Pastor Winans. "So we have to recognize that we are our brother's keeper."

The walk was being held in collaboration with the "Commitment March" led by the Rev. Al Sharpton in Washington D.C. happening the same day. This is something that is part of a larger movement that started with the death of George Floyd - and which we have seen evolve over the course of time. 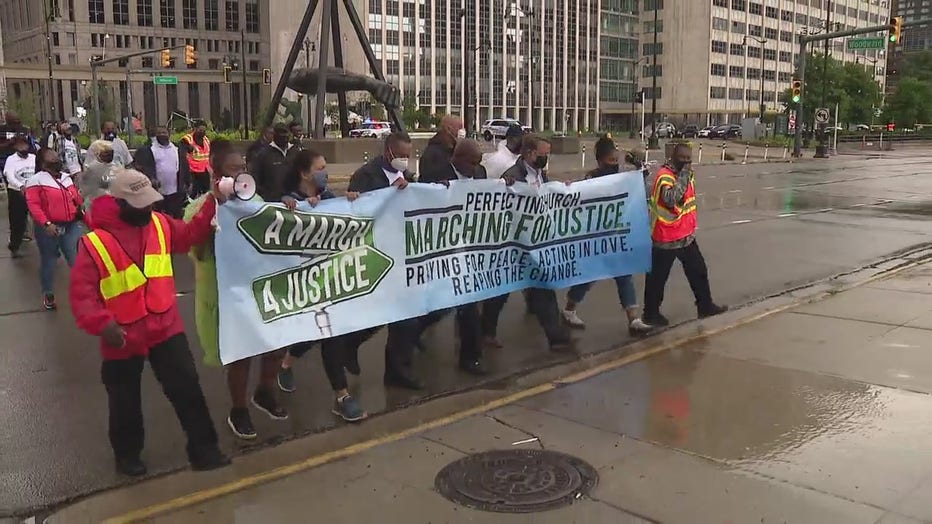