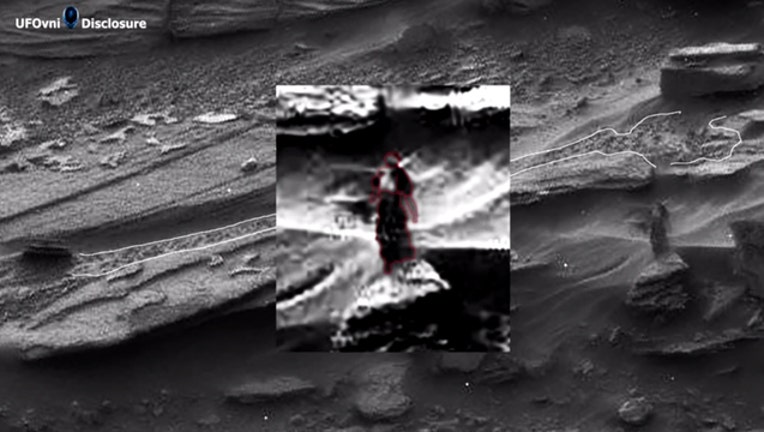 (WJBK) - A UFO vlogger spotted what he says looks like a female alien in a recent image from NASA's rover on Mars.

A posting appearing on UFOSightingsDaily.com claims the Curiosity photo shows the small, semi-naked woman standing on a nearby rock formation. The blog picked up the info from the YouTube UFO vlogger UFOvni2012. Take a look at the raw, unedited NASA image and decide for yourself.

And here's a little more analysis and speculation in the vlogger's Youtube video.