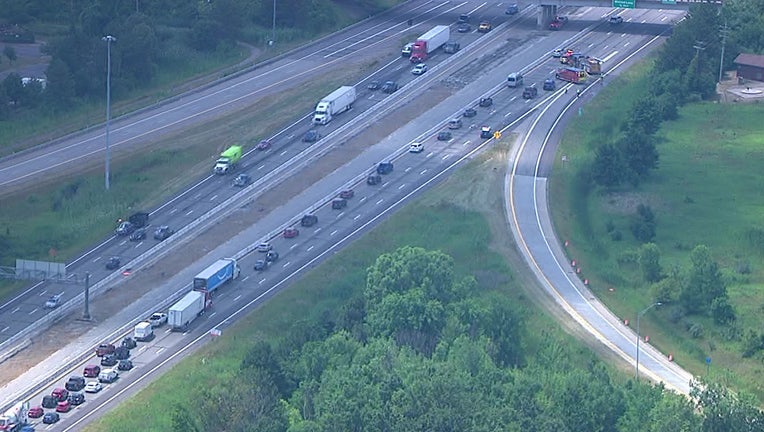 Aerial footage over I-696 in Novi.

(FOX 2) - Downed power lines on I-696 shut down access to the freeway Tuesday afternoon in Novi for a couple of hours.

Traffic on westbound I-696 was narrowed to just one lane at I-275 when power lines went down on the side of the road. The live lines sparked a small fire that was put out.

DTE worked for a couple of hours to get the live line switched off and safely removed from the roadway.

Around 2:45, the interstate was reopened and traffic was flowing again.