When a cooking fire spread in Lincoln Park, it burned an apartment building so bad that eight families are now looking for somewhere to sleep and stay warm during this brutal stretch of cold weather.

LINCOLN PARK, Mich. (FOX 2) - Eight families have spent the past few days at a hotel, thanks to help from the American Red Cross, after a fire claimed their homes and virtually everything inside on Tuesday in Lincoln Park.

Of the eight families, only one person was treated for minor injuries after the fire, which is believed to have been caused by cooking. But after losing everything, they got two nights at a hotel but that ends at noon on Thursday.

Now they're all looking around for a place to go to sleep, stay warm, and feed themselves.

"I don’t ever want to go through something like that again," said 9-year-old Gabriella Mokler.

Her mom, Samantha got her family out of the fire as it raged in their face on Tuesday.

"I go to open my door and nothing but flames and black was right at me. My decorations on the door were on fire," Samantha said.

After getting her family out of the burning building on Goodard Street on Tuesday, she turned around and went back inside for their cats. Gabriella admits she was a bit scared.

"I just thought about all the bad stuff that could happen. I tried to think good, but everything...it just made me feel like something bad was going to happen," Gabriella said.

The fire was too much and Samantha came out with them. However, felines eventually were able to rescue them.

But everything else is gone.

"I don’t really care about all that stuff. I was only worried about my mom and the cats. I don’t care about the stuff that was inside the house. I just cared about the people that were in there - my family and all the people in the apartment," Gabriella said

Irene Adams and her young grandson were the last to realize that the place was on fire. 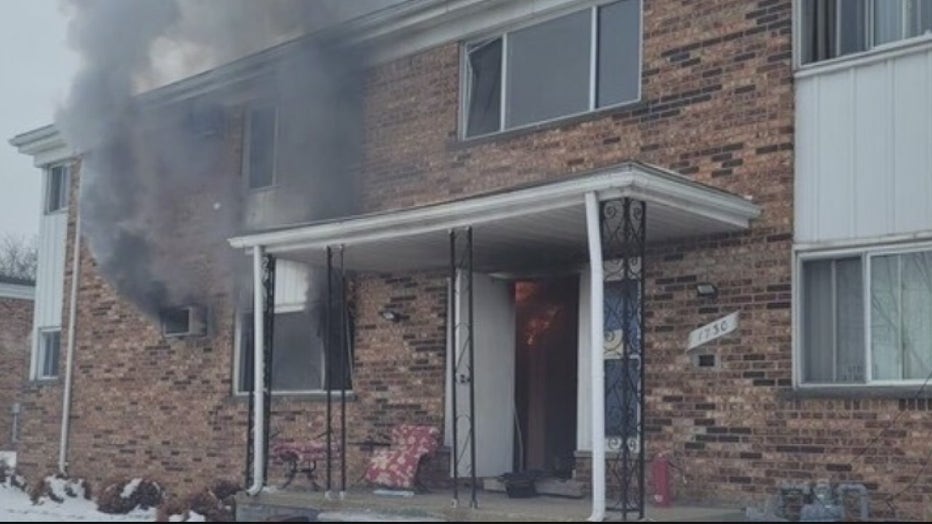 Eight families were lucky to escape an apartment fire on Tuesday in Lincoln Park but lost everything inside.

She's one of six families without renters insurance.

The Mokler's have it but have nowhere to go.

"It makes me feel a little bit better because now I know I’m not alone in all of this because it's still just very terrifying for everyone," Gabriella said.

Lincoln Park Schools are stepping in to facilitate donations and if you want to help, contact Sherry Gardner and Maria Coss at 313-389-0827 or via email: Sherry.gardner@lpps.info