Tim Skubick welcomed four of the candidates to Off The Record to see where they stood on some different topics that affect the state and region.

LANSING, Mich. (FOX 2) - Four of the five GOP candidates for governor appeared this morning on Off the Record for a roundtable discussion.

All of them wanted to veto that $1 billion so-called pork barrel package that lawmakers sent back home for projects in their districts.

Those in attendance all favored capital punishment -- but there was a disagreement on state aid to General Motors in a public TV debate Friday morning.

In the previous debates all the candidates have been pro-life, anti-higher taxes and against the policies of current Gov. Gretchen Whitmer. So the effort this time around was to drill down on different topics to see where they stand.

One of the questions dealt with if Detroit Bankruptcy was a good idea. All candidates agreed.

As far as allowing alcohol sales in college stadiums, it was a 3-1 vote with the lone candidate saying no being Kelley.

There was also a 3-1 vote siding with 'no' on General Motors getting $700 million from the state of Michigan for two electric vehicle plants - one in Oakland County, one in Lansing,

"I would not have signed it the way that it went through," Rinke said. "I think (Whitmer) way overpaid for that."

Skubick: "That was a bipartisan vote - members of your own party voted for that sir."

"Doesn't mean that they're right," Rinke shot back.

Soldano says he would have supported it.

"This corporate welfare is taking from some of the smaller businesses and it's giving to the big businesses," Kelley said.

Skubick: "What do you have against creating jobs?"

Rebandt also spoke about why he was against it.

"It allows the government to choose winners and losers in business and I'm not about that," he said. "I think everybody should have the same playing field and I don't think the citizens should be funding private industry."

Finally, should the state sell the governor's residence on Mackinac Island considered the biggest perk for any governor in the country.

Nobody wanted to sell it, although Soldano was open to renting it. 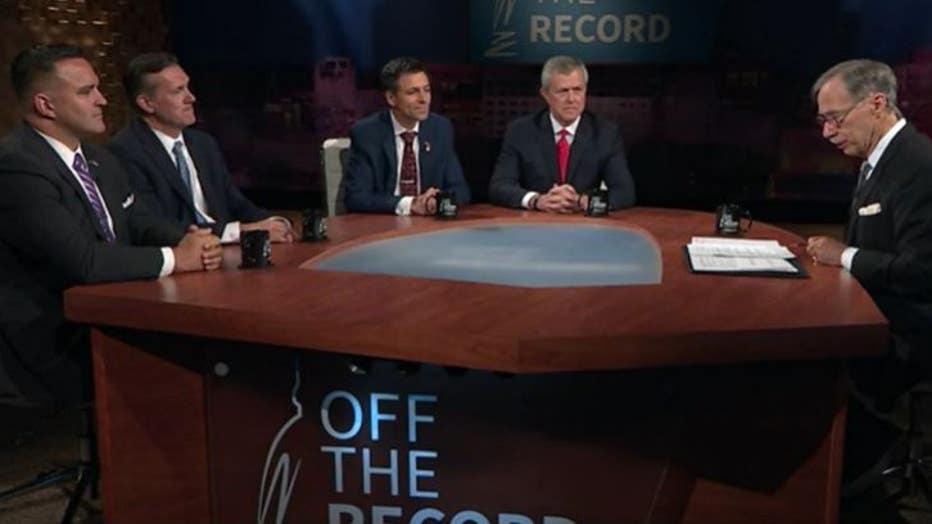