About $85 billion federal dollars – up for grabs…for public transportation upgrades across the country. A slice of that pie – will come to Southeast Michigan, and the SMART Public Transit System.

ROYAL OAK, Mich. (FOX 2) - Some big upgrades could be on the way for public transportation in Metro Detroit - and plenty of job opportunities.

"Whatever it takes for this region to get as much of that money as possible - that’s our effort," said Robert Cramer, SMART deputy general manager.

About $85 billion federal dollars – up for grabs…for public transportation upgrades across the country. A slice of that pie – will come to Southeast Michigan and the SMART Public Transit System.

It hasn’t been divvied up yet. Next week President Joe Biden is set to sign off on the bipartisan bill Congress passed. Cramer says there is a good idea of what the money will fund.

"We know there is going to be a lot of money to no- and low-emissions vehicles," he said. "So things like electric, hybrids even hydrogen vehicles."

SMART is already going green. Cramer says this money would accelerate it, and whatever they end up with, would pay for upgrades passengers will notice.
"Money not only for terminals or like the trans center for passenger amenities like shelters, and things on the street that can make it more comfortable for people to use," he said.

The added dollars are extra important for communities of color, who are five and a half times more likely to commute using public transportation.

The federal money is part of a longer-term strategy for SMART. But right now, they need to hire drivers – and like so many other companies, and agencies, it is tough out there.

"There was already a driver shortage - and really a driver and mechanic shortage before the pandemic," Cramer said. "And certainly after the pandemic did not help that ." 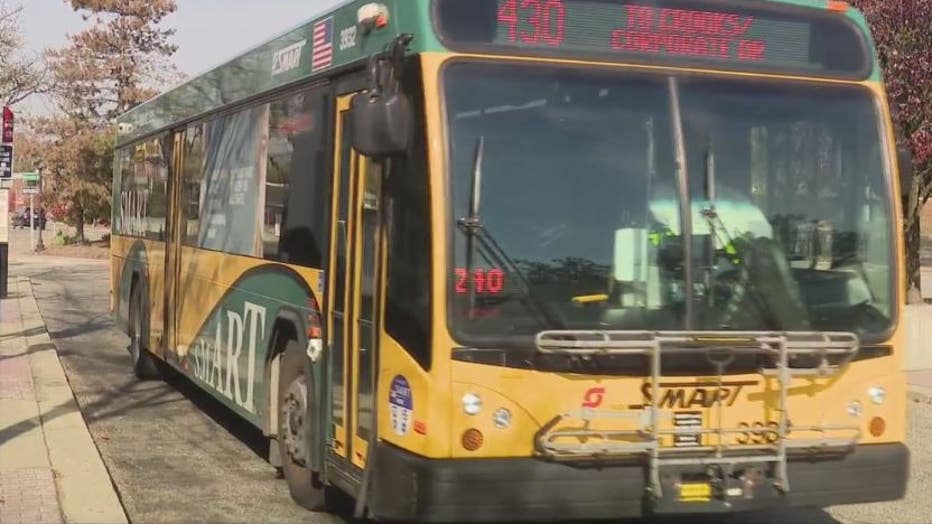 SMART is working on plans to add signing and referral bonus’ and hosting job events – where you can be hired right then and there.

People can come out and basically do on-site interviews and get hired on the spot," Cramer said.

For details on the next SMART driver hiring events - head to smartbus.org/How-to-Ride/FAQs/Employment