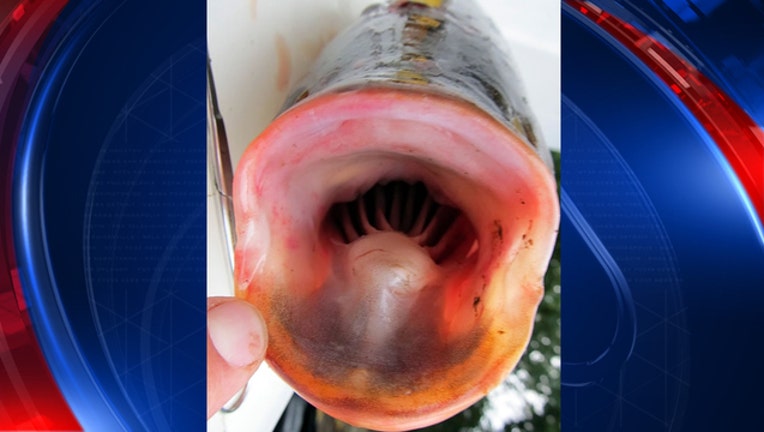 TRAVERSE CITY, Mich. (AP) - A live Asian carp has been discovered in a Chicago waterway about nine miles from Lake Michigan - well beyond an electric barrier network designed to prevent the invasive fish that have infested the Mississippi River system from reaching the Great Lakes, officials said Friday.

The silver carp was 28 inches long and weighed about 8 pounds, officials with the Asian Carp Regional Coordinating Committee told The Associated Press. It was caught by a commercial fisherman below the T.J. O'Brien Lock and Dam.

Silver carp are among four types of Asian carp threatening to invade the Great Lakes, where scientists say they could compete with native species, unravel aquatic food chains and devastate the region's $7 billion fishing industry.

The Army Corps of Engineers operates a series of electric barriers in a shipping canal 37 miles southwest of Chicago. It is intended to prevent fish from swimming between the Great Lakes and the Mississippi River system, which is infested with Asian carp.

This is the second time a live Asian carp has been found beyond the barrier. A bighead carp was found in Chicago's Lake Calumet in 2010.

Members of Congress from several states in the Great Lakes region introduced bills this week that would force the Trump administration to release a study of ways to strengthen defenses against invasive fish at the Brandon Road Lock and Dam in Joliet, Illinois. The U.S. Army Corps of Engineers was scheduled to make public a tentative version of the plan in February, but the White House has delayed it.