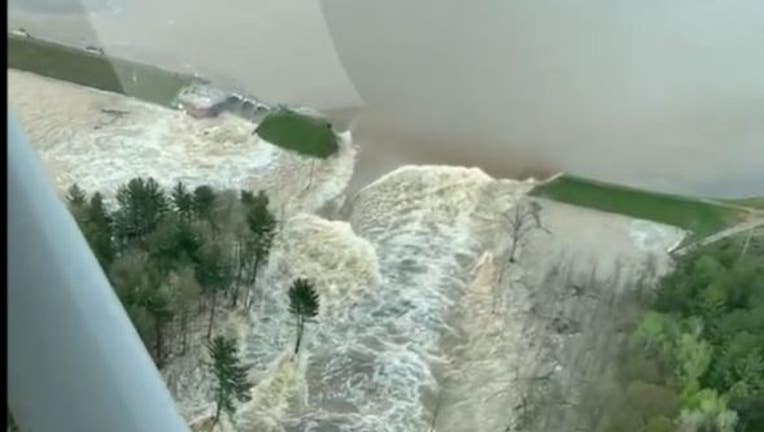 MIDLAND, Mich. - A sudden loss of soil strength under saturated conditions most likely caused dams to collapse last year and contributed to flooding that forced evacuations of about 10,000 people, an interim report commissioned by federal regulators and released Monday said.

A five-member independent forensic team said there is "strong evidence" the failure of the Edenville and Sanford dams during steady rain in May 2020 came from static liquefaction, which it called the "most plausible principal mechanism for the failure."

The team has "essentially completed" investigation into the physical mechanism of the failure, but "evaluation of human factors is still in progress," the 42-page interim report said.

A final report is pending.

RELATED: What it will take to repair Michigan's failing dam infrastructure

The Edenville collapse may have been triggered by increased groundwater pressure within loose embankment sands combined with shear stress while the dam was holding back historic water volume on May 19, 2020, following several days of heavy rain.

The dam failed at 5:35 pm that day, releasing the Wixom Lake impoundment on the Tittabawassee and Tobbaco rivers and unleashing waters that overtopped the downstream Sanford Dam. The 500-year-sized flood caused more than $200 million in estimated damages and forced the temporary evacuation of about 10,000 people in two counties.