"That's why you hear them saying they are not safe, because they are not," said Andrew Carter, a member of the Residents' Council. "The living conditions are squalor."

The residents say they are tired of conditions they call inhumane, like rodents in their units, no heat or water in others. They say there are work orders - some allegedly as old as two years -  that have gone unanswered.

Alicia Kukan was among protesters.

"I have had problems with mold and mushrooms growing inside my unit since I moved in," she said.

The ex-director for the Inkster Housing Commission said he was surprised by the protest.

"We do not have work orders that are two years old," said Paul Bollinger. "

Bollinger says he meets once a week with a representative from the Residents' Council to make sure they are on top of things.

"Maintenance is working through work orders we do have," he said.

"There's a disconnect," he said. "Families state that they have called in work orders but yet we don't have work orders in the system," Bollinger said.

"Any of our families who call with any pest problem is being serviced for those pest problems," Bollinger said.

The commission says they care about these families and will continue to work with the residents’ council to address complaints and concerns.

"We continue to be committed to our families who choose to call Inkster home," Bollinger said. 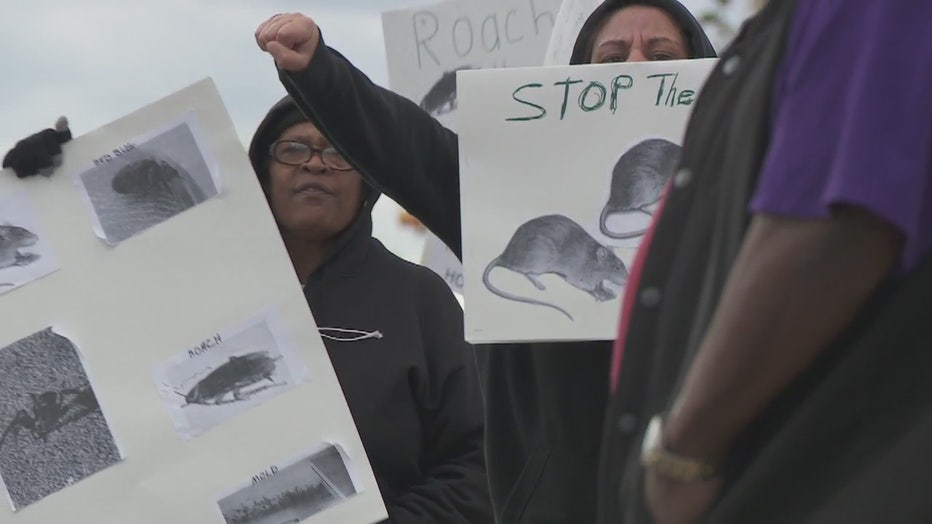