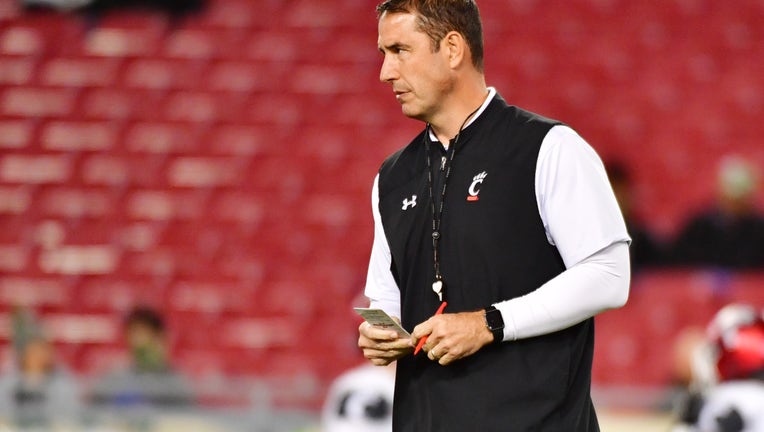 TAMPA, FLORIDA - NOVEMBER 16: Head coach Luke Fickell of the Cincinnati Bearcats looks on during warmups before a game against the South Florida Bulls at Raymond James Stadium on November 16, 2019 in Tampa, Florida. (Photo by Julio Aguilar/Getty Imag

Pete Thamel of Yahoo Sports tweeted early Monday morning the coach mulled over the decision but decided to remain a Bearcat.

Around 10 a.m., Fickell himself tweeted a video of the Cincinnati team celebrating with the caption "Looking forward to more of this in 2020!"

Last Tuesday, now-former MSU head coach Mark Dantonio announced his retirement after 13 years with the program. Dantonio had a 114-57 record during his time as head coach, which included three Big Ten championships.

"This job had always been a 24/7, 365 day-a-year position. There is no down time and it is filled with the demands and challenges of managing games, players, coaches, recruits, donors, staff, media, an enthusiastic fan base and competition at the very highest level. I will miss it all but feel the sacrifices that I have made away from my family must not become my priority at this time in my life," Dantonio said in his resignation letter to Spartan nation.

Dantonio said he plans to stay with MSU and the athletic department in a role that involves special projects, such as transitioning players to their next challenges.

For now, Fickell's decision to stay at Cincinnati leaves the future of MSU's football program unclear.