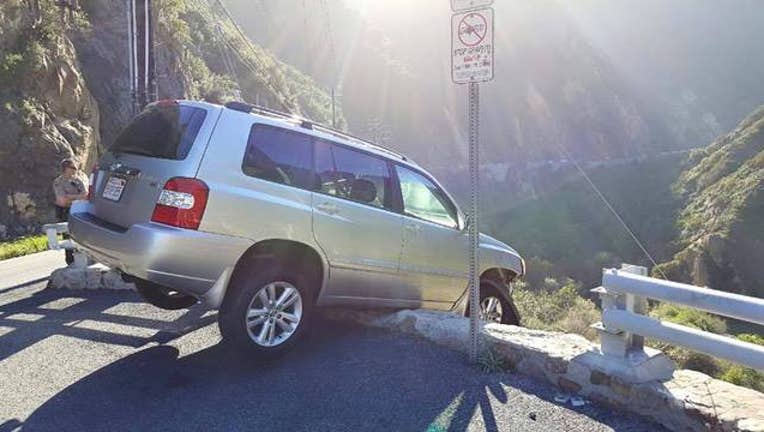 MALIBU, Calif. (FOX 11, CNS) - A man who was involved in a solo SUV crash on Malibu Canyon Road north of Pacific Coast Highway was struck by a bus after getting out of the vehicle, which was left dangling on the edge of the road, authorities said.

A broadcast report showed an SUV with its front end through a guardrail and dangling over the edge of the road.

The man hit by the bus was taken to a hospital, but his injuries were not believed to be life-threatening, according to a deputy at the sheriff's Malibu-Lost Hills Station.

Fire units cleared the scene about 5:45 p.m. and Malibu Canyon Road, which had been closed in both directions, was reopened soon after, authorities said.