Dallas police are pushing for tougher laws regarding street racing after a man died over the weekend. He fell out of a truck that was doing stunts in a parking lot and was run over.

DALLAS - A 20-year-old man is dead after falling out of a truck window and being driven over as it was spinning donuts in a Dallas parking lot overnight Saturday.

This happened at what police describe as a "takeover event," and it comes on the brink of Dallas PD's plan to push for new laws against these types of activities.

Crystian Hernandez was sitting on the rear, passenger side window of a pickup truck, clinging to the vehicle as it performed donuts in a closed business parking lot off Newberry Street in Northwest Dallas.

But Hernandez fell off the vehicle, and died after being driven over by the truck.

The parking lot is still full of tire marks from vehicles performing burnouts. The driver of the truck, 28-year-old Edgar Moncada, stayed at the scene and was arrested for manslaughter.

Police call it a “takeover event,” with hundreds showing up sometimes. Many say it’s a growing concern across North Texas.

“They’re doing it all day, and tonight, if the weather is nice, they’ll probably be out at two or three different locations,” said Yolanda Williams, who is fighting to stop burnouts and street racing.

Williams has been sounding off about burnouts and street racing in Pleasant Grove, and says it’s difficult for police to arrest everybody.

“There are so many places you can duck and hide,” she explained. 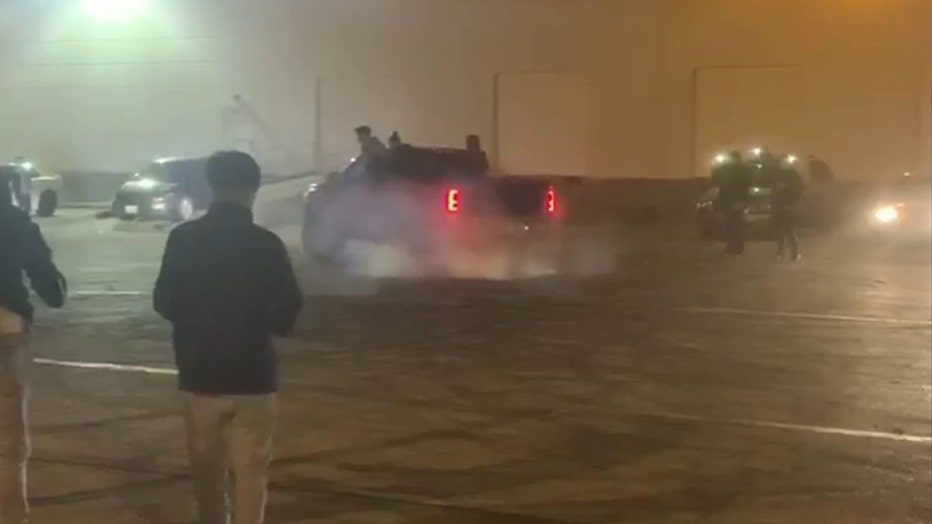 Racing and speeding calls for service have been steadily increasing since 2016, with 4,867 calls in 2019.

That includes when off-duty DPD officer Joseph George died when police said he was racing someone in another car and crashed, as well as when 8-year-old Olivia Mendez died when a street racer crashed into her family’s car.

In 2019, a patrol speed task force was created to uniformly address street racing in the south patrol bureau. There are multiple laws addressing street racing, from speed limits to reckless driving, but there is no law in the city of Dallas to address the large number of spectators attracted to these events.

Dallas PD wants to create an ordinance that would make it an offense to be at a street racing event for the purpose of viewing or recording.

It would apply to public and private properties, and propose action against passengers in racing vehicles.

The street racing ordinance would also allow for the impounding and/or forfeiting of vehicles.

“They’re really nice people. They just want a place to hang, but it must be done safely,” Williams said. “We have to make positive changes.”

One witness to Sunday’s death said it was a tipping point, adding that some of these events are becoming way too dangerous.