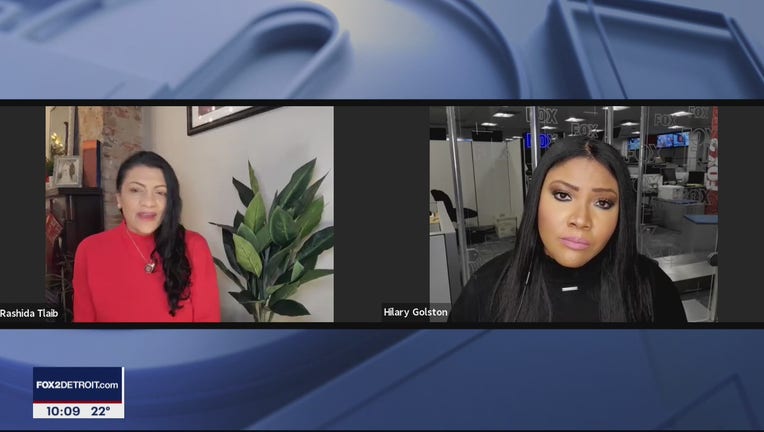 SOUTHFIELD, Mich. - No one appears to have seen it coming. The long-debated and dissected $900 billion coronavirus relief and omnibus bill is now also dead.

Democrats like Michigan Congresswomen Debbie Dingell and Rashida Tlaib are beyond frustrated with how the deal collapsed in its final hours on Christmas eve, after months of bargaining and communication between the White House, Republicans, and Democrats.

"Hilary… honestly… I want you to know the secretary... the treasurer Mnuchin was in these meetings with Speaker Pelosi. We desperately wanted more for these survivor checks. It’s one of the reasons I didn’t vote for it." Tlaib told Fox 2’s, Hilary Golston. "It won’t even last a month for my neighbors… my residents in the 13th district."

Part of that is undeniably true. Prior to the disintegration of the deal, Treasury Secretary Steven Mnuchin openly said the $600 direct payments had been agreed to by all sides and even boasted Americans could expect them to be placed in the mail, in a week.

But all that changed, when Tuesday, President Donald Trump made clear he thought the $600 direct payments were too low and called for the checks to be raised to $2,000.

He also took issue with foreign aid and other elements of the bill he found wasteful and not tied to Covid relief."I simply want to get our great people $2000, rather than the measly $600 that is now in the bill."

Also, stop the billions of dollars in 'pork,' Trump tweeted Saturday - sentiments he echoed earlier in the week. Following Trump’s Tuesday comments about raising the amount of the direct payments, House Democrats rushed to schedule a vote to increase the payments Christmas Eve as the president demanded, something they had wanted all along, but Republicans killed the bill.

Democrats have continued to say they had no idea Republicans would reject their effort to fulfill at least part of the President’s request, labeling the whole debacle an exercise in political gamesmanship – hurting the American people."He doesn’t give a damn about people. He threw more fear. He threw kerosene on a terror fire," Dingell told Fox 2’s Huel Perkins in reference to Mr. Trump’s last-minute request.

The relief bill is also tied to a $1.4 trillion government funding bill. If Congress does not act, the US could be facing a government shutdown as early as Monday.